Anna Danilina is a professional tennis player from Kazakhstan who currently competes in various individual tournaments of tennis. She has competed in the Grand Slam tournaments including the Australian Open and US Open. Her current ranking in World Tennis in singles is in Number 341.

Till now, Russian-born Kazakhstan has won 2 double titles in the WTA career finals. She has also won 1 title in the singles in the ITF Circuit finals in her 6 appearances.

Who is Anna? Her Personal Information and Family

Anna Sergeyevna Danilina, famously known as Anna Danilina was born on August 20, 1995, in Moscow, Russia. According to astrologers, her birth sign is Leo.

Her father's name and mother's name are still unknown at the moment but they are originally from Russia. She is the only child of her parents. Her mom was a professional skier while her father was a former volleyball player. As per her Insta bio, she is a graduate student from the University of Florida Graduate.

Though she was born in Russia, she also holds the citizenship of both Kazakhstan and Russia.

Her weight is around 69 kg and has grey hair with black eyes.

How much is Danilina's net worth? How much has she won as prize money?

As per sources, the net worth of Anna Danilina is estimated to be $300,000 approximately. It includes all of her properties, income, earnings and prize money.

Her main source of income is from playing tennis and competing in various tournaments. 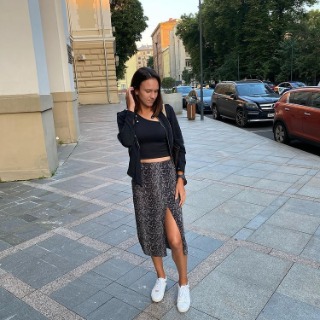 Read: Katerina's Siniakova's Career Earnings || How much is her net worth?

According to Wikipedia, till now, she has won more than $228,528 as prize money.

Besides, she has also won both singles and doubles titles in WTA Career Finals as well as ITF Circuit Finals.

Anna Danilina has never shared her relationship status. She has never mentioned any boys who she claims as her boyfriend.

So, as of now, she is currently single and not dating anyone. And she has not been previously married yet. But she is fond of friends and family. In fact, she has mentioned Darya Kalinina as her best friend for more than 20 years.

Her Insta Id is @_annadanilina_ and has more than 2,000 followers. She frequently shares photos of her training and games.