Tallon Griekspoor is a Dutch professional tennis player who is known for his career-high ATP singles ranking of World No. 62, achieved on January 10, 2022. Tallon has a doubles ranking of World No. 287 achieved on August 1, 2016. Tallon is currently the No. 2 men's single-player with eight Challenger titles in one season a breathtaking record in ATP Challenger Tour and the first-ever player to win five straight titles in history.

Tallon Griekspoor is sure known for his titles in history; Griekspoor made his ATP main draw debut in 2017; after then he has been parking in the professional leagues including Australian Open, French Open, Wimbledon, and US Open.

Who is Tallon Griekspoor? (Bio and Family)

Tallon Griekspoor was born on July 2, 1996, in Haarlem, the Netherlands, under the birth sign or zodiac sign Cancer. Tallon has not revealed his parents to the public, but his father Ron was a former motocross racer and his mother Monique is a tennis instructor who has guided him in his journey.

Dutch's tennis player grew up with his twin brothers named Scott Griekspoor and Kevin Griekspoor. His older brother Scott ranked at No. 205 and No. 655 in the ATP Rankings. After being inspired by his older brothers, Tallon started playing tennis at the age of five; he trained with Dennis Schenk.

Tallon always has been spending quality time with his brothers and families. The young tennis player has recorded huge rankings in such a short period.

The Haarlem, Netherlands's native Tallon, stands a good height of 6 feet and 2 inches (1.88m) and weighs over 84Kg (187Lbs). Tallon is of a white ethnic community and has short golden hair.

Griekspoor's Net Worth and Career Earnings

Tallon Griekspoor's career earnings as of 2022 are reported to be $801,455. The prize money includes both his singles and doubles combined.

Tallon Griekspoor has been competing at the professional level for several years now. He might have made thousands of dollars from his career. He plays with both right-handed, two-handed backhands. 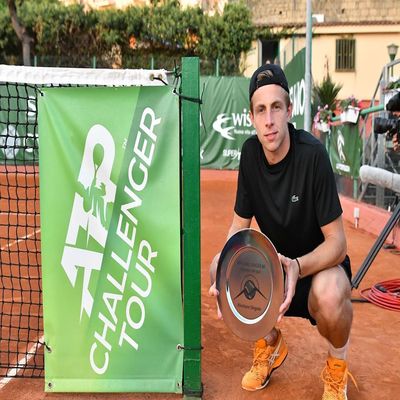 Tallon Griekspoor with his trophy in Italy. SOURCE: [email protected]

Tallon is one of the admired and popular tennis players from the Netherlands. His major source of income is from playing tennis and prizes that come from winning those tournaments. Apart from this, he earns well from endorsements, Sponsorships, and advertisements.

Along with the prizes, his other source of earning is from sponsors, including Lacoste and Tecnifibre. Lacoste sponsors Tallon with clothing, and he uses Tecnifibre racquets as top players have used it. 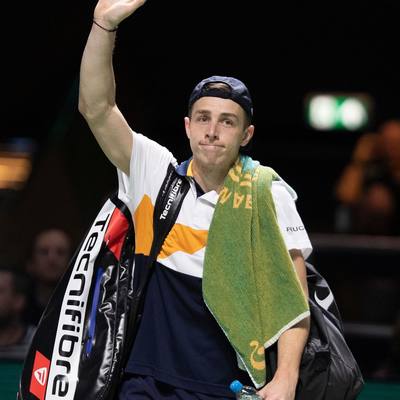 He has thanked her sponsors on different occasions and promoted them through her Instagram.

Who is Griekspoor' Girlfriend in?

Aside from his professional tennis career, Tallon has been dating his long-time girlfriend, Sammy. The couple has been dating for the past 3 years; they started dating in 2019. Tallon loves sharing pictures about his relationships with the public on Instagram. 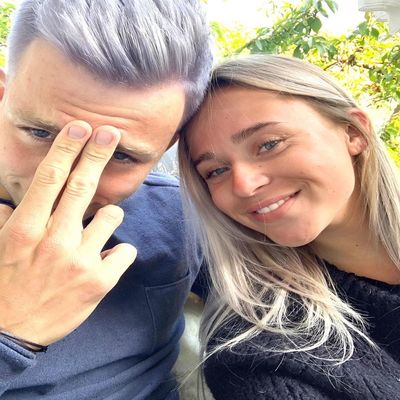 There is not much information about his girlfriend Sammy her Instagram goes by xsamreus. They have often been seen together on the tennis field and during holidays. Sammy has been his prime supporter, and she has always been more than a girlfriend to Tallon.

These beautiful love birds might get surprises in the coming years; he has not been seen dating previously.

As getting inspired by his twin brothers Scott and Kevin, Tallon started playing tennis at the age of 5. He was guided by his two brothers and his mother. As passionate about tennis, he made his ATP main draw debut as a wildcard at the 2017 Rotterdam Open.

During his journey at the tournament, he won against Grand Slam Champion Stan Wawrinka. The following year in the 2019 ABN AMRO World Tennis Tournament, defeated Karen Khachanov, who was the World No. 11. After qualifying, Tallon made his debut for the Grand Slam tournament at the 2020 Australian Open. 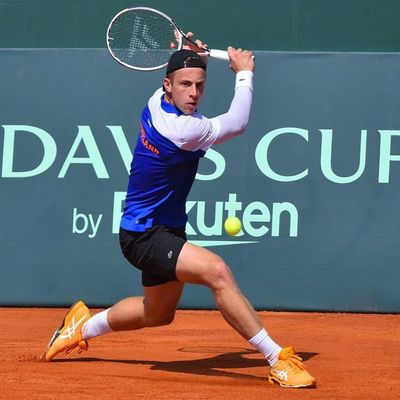 By 2021, Tallon was the titleholder of the 2021 Prague Open and 2021 Slovak Open which led him to a career-high ranking of No. 120. He qualified for the 2021 Wimbledon Championships; Tallon won the 2021 Dutch Open after defeating Botic van de Zandschulp in the final.

Tallon reached the second round of the 2021 US Open, where he lost to World No. 1 Novak Djokovic. Tallon won the Sixth challenger title at the 2021 Murcia Open. Tallon started his year at the Melbourne Summer Set 1 in 2022 and made it to the quarterfinals after defeating Dominik Koefer and Alexei.

He is an active Instagram user and has a fan following of more than 8.5K followers. Her Instagram Id is @tallongrieki.

Hee is also active on Twitter, where he shares her updates. His Twitter Id is @Griekii, and he has more than 1.4K followers.