Takefusa Kubo is a professional Japanese soccer player who is currently signed to Real Madrid as their attacking midfielder. He also plays for the Japan national soccer team and was in the 2019 Copa America squad. He also played for the FC Tokyo and Yokohoma F. Marinos.

Kubo was transferred from FC Tokyo to the Spanish club Real Madrid for a transfer amount of $2.25 million. He was also voted as the player of the match by the fans in July 2019 in a preseason match against Fenerbahce. Kubo's annual salary is estimated at around $1.125 million annually.

Takefusa Kubo Transfer fee from Tokyo to Madrid; His Salary and Net worth

Furthermore, the professional soccer player has a total estimated net worth of over $5 million. It is obvious for him to have such a huge net worth as he is playing professionally for a long time. In addition to this, he has signed a five year deal with Madrid and he will receive a salary of around $1.125 million annually.

Apart from this, recently this season, Real Madrid spent over $342 million in transfers of different players. Eden Hazard is also among the transferred players and his transfer fee is worth  $113 million. Apart from his transfer fee, salary and net worth, his current market value is around 2,00 Mill. €.

In addition to this, his highest market value so far is 2,00 Mill. €. He also played for the Yokohama F. Marinos for a loan amount of around 500 Th. €. Since he is just 18 years old, so he is supposed to earn a lot more in the near future. 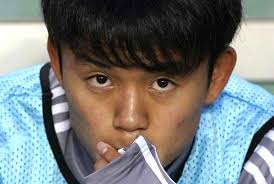 Furthermore, the young Japanese soccer star is referred to as the biggest bargain of this summer. Besides Madrid, other team likes Paris Saint-Germain and  Barcelona also targeted the player but due to some misjudging his contract situation they didn't get the chance.

After the end of his five years contract with the Madrid, he might sign another huge contract or might get transferred to some other team. Since then let's hope he will give his best.

Takefusa Kubo Relationship status: Does he have a Girlfriend?

Well, most of the professional soccer players are popular for changing girlfriend but Kubo is just 18 years old. So he might not have been involved in any romantic relationships. He is rather focused in his career as he is just signed by Madrid after being transferred from FC Tokyo.

Kubo is among the young superstars in the soccer world and he is also recognized as "The Japanese Messi" most of the soccer fans due to his outstanding performance and skills. There is not much to talk about his personal life as he is never involved in love affairs. 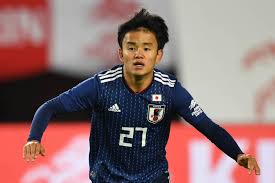 It is not obvious for such a young player to make a girlfriend. After some years you will surely find him dating someone. Like other professional soccer players, he is also an active social media user and has a huge fan following. He has more than 700k followers on his official Instagram accounts which clearly shows that he is quite popular among soccer fans.

Who is Takefusa Kubo? Know about his Childhood, Parents, Bio, and Early Life

Takefusa Kubo is a native Japanese who was born on June 4th, 2001, in Asao-Ku, Kawasaki, Japan to father Takefumi Kubo. He holds Japanese nationality and belongs to Asian Ethnicity. Well, he was raised by his parents alongside his siblings. 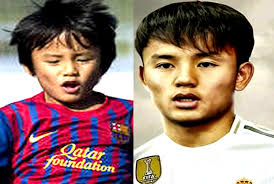 Kubo was fond of playing soccer since his childhood and he started his career when he was just eight years old.

Takefusa Kuba is a professional soccer player who is currently playing for Real Madrid as their attacking midfielder. Before playing for the Madrid, he olay7ed for some other clubs like FC Tokyo and Yokohama F. Marinos.

He is also the youngest player to goal in the J. League. He also plays for Japan's national soccer team and is also in the squad for the 2019 Copa America.

As most of the soccer fans already knew about his transfer and if you don't know you will find every detail in this article. Kubo was transferred from the FC Tokyo to the Spanish club Real Madrid on 14 June 2019. He was considered the biggest bargain of this summer.

Moreover, the transfer amount is around $2.25 million and the contract is signed for five years. He will be with Madrid for five years from now. Due to his skills in the soccer ground, he is also referred to as The Japanese Messi.

Apart from this, he played for the Yokohama F. Marinos in a loan from Tokyo for a season. In this season,. he is also voted Real Madrid's Player Of The Match By Fans Vs. Fenerbahce. After his performance in the Real Madrid's 5-3 pre-season victory, Zidane mentioned that Kubo is the player for the future. 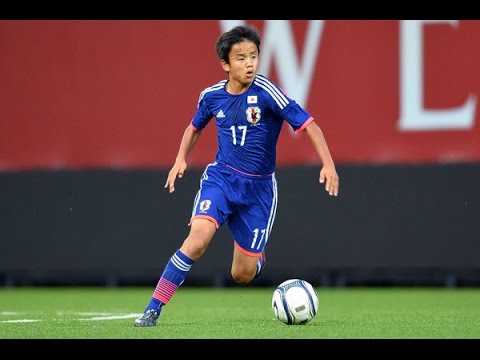 He also said "Kubo has joined us recently and he is a player for the future, but we will talk about what is best with him and it could be good that he trains with us and plays for the Castilla, we will see. "He is still very young, and we must be patient with his development."

Some of the other popular players of the Real Madrid are Gareth Bale, James Rodriguez, and Luka Jovic, and many more.