Further, Bale has been a part of many teams, including Real Madrid. Before coming to Los Angeles FC, Bale played for Tottenham Hotspur on loan.

Love Life: Does Gareth Bale Have a Wife?

Gareth Bale is a married man who lives happily with his wife, Emma Rhys Jones. The couple was in a relationship since their high school days and finally got engaged on July 18, 2016, just a day after his 27th birthday at The Vale of Glamorgan. Finally, in June 2019, Bale and Jones walked down the wedding aisle in Mallorca. Being together for many years, Bale and his wife have also started a family. So, they are blessed with four kids. Their first child Alba Violet was born on October 21, 2012, at the University Hospital of Wales. And on March 22, 2016, they welcomed their second child, Nava Valentina. On May 8, 2018, the loving duo welcomed their third child, Axel, and their fourth child, Xander, was born on July 7, 2021.

Furthermore, Bale is a family person who loves spending time with his family members during his spare time. We can follow him on Instagram as @garethbale11 where Bale shares moments with them.

Gareth Bale's Net Worth and Endorsements 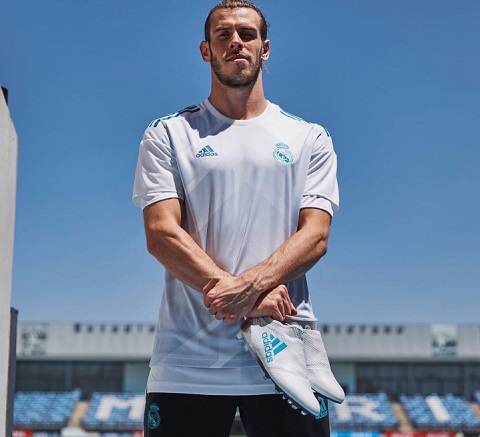 Like many footballers, Bale also makes money from brand endorsement. Currently, the professional footballer is working with Adidas. Bale flaunts his lavish life via his social media accounts.

Journey from England to the USA

Gareth Bale began his professional career with Southampton being the second youngest player to play for Southampton behind Theo Walcott. He started his professional career in 2006 and debuted on April 17, 2006, at the age of 16, against Millwall. Bale scored his first goal with a free kick strike against Derby country. He further developed himself as the club's free-kick specialist. He was in the club for a season playing 40 games and scoring five goals.

He then switched to Tottenham Hotspur on May 25, 2007, signing a four-year contract with the club. He played his first game for the club on July 12, 2007, in a friendly match against July 12, 2007. He scored his debut goal for the club in his second game on September 1, 2007, against Fulham. He gradually came to prominence while his seasons at the club. He was in the club for five years, appearing in 146 games and scoring 41 goals. 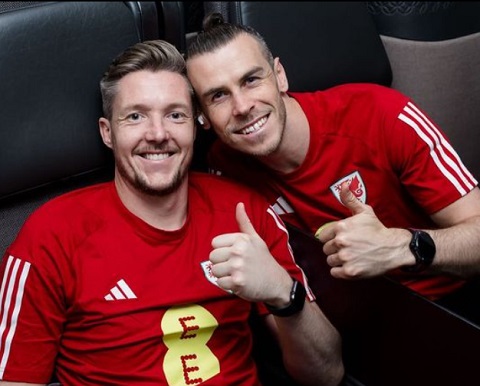 He then moved to Spain, confirming his deal with one of the world's most decorated clubs Real Madrid. He officially signed his contract on September 1, 2013, for six years for an undisclosed fee, but the deal was a world record transfer fee at that time. After making 176 appearances for them, he moved to Tottenham Hotspur for the 2020-21 season and represented the club in 20 professional games.

Since joining Los Angeles FC on July 7, 2022, Bale has represented them and made over ten game appearances.

Bale is pleased to represent his national side at both junior and senior levels. On October 7, 2006, he became the youngest player to score a goal for the  Welsh national team in the Euro 2008 qualification match against Slovakia with a free kick.

He made his senior team dream debut on October 14, 2009, with a goal and an assist against Liechtenstein. Besides, Bale is also the national team captain playing in the FIFA World Cup 2022.

A Look at His Early Life

Gareth Bale was born on July 16, 1989, in Cardiff, Wales, and his full name is Gareth Frank Bale. His parents are Frank Bale and Debbie Bale and have a sister named Vicky Bale. Besides, he attended Eglwys Newydd Primary School at Whitchurch. His idol player was Manchester United's, Ryan Giggs. He holds a Welsh nationality.