Stephanie Watts is an American basketball player who is currently signed to the Los Angeles Sparks of the Woman National Basketball Association (WNBA). The guard was picked by the franchise 10th in the 2021 WNBA Draft. She finished her collegiate career at USC.

Bronx, New York native, Stephani Watts was born on 12th April 1997, under the star sign Aries. She is the daughter of Rhonda and Stephen Watts who played at LIU. Further among her two brothers Douglas Whitfield and Brandon Watts, Brandon played at UNC-Pembroke. Stephanie holds an American nationality and is of Afro-American ethnic background.

Currently, Stephanie is under a three-year contract with the Los Angeles Sparks of the WNBA. As per the deal, the guard will earn a base salary of $64,375 this season. Further, she is projected to pay $65,664 and $72,231 on her 2nd and 3rd seasons with the team. Nneka Ogwumike, Kristi Toliver, and Erica Wheeler are the highest-paid roosters on the team.

Stephanie Watt has just begun her professional journey in basketball and yet to make it big. As of 2021, her net worth is under review.

Watt's professional life is an open book, not her personal life. There is less to no information about her past and present affairs. The basketball guard has managed his private life far from the media eyes and enjoying it without flaunting it on social media or in public. Her relationship status is under the shade. 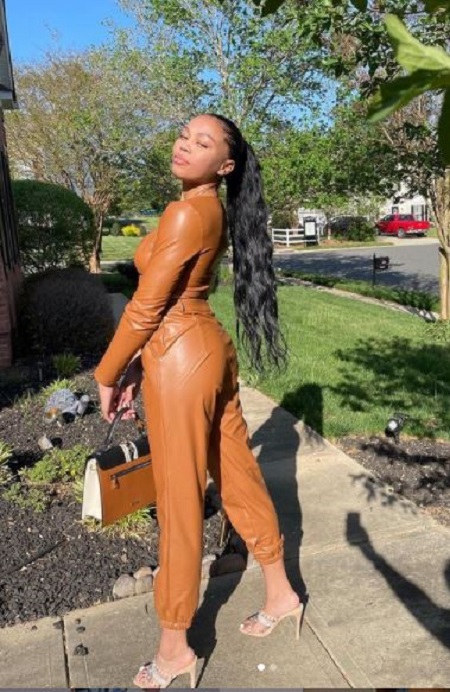 Besides, she graduated from UNC with a bachelor's degree in public policy in 2019 and is currently pursuing a master's in entrepreneurship and innovation at USC. She hopes to travel to Paris and Spain. Besides. If not WNBA she would like to pursue a career as a sports broadcaster

Enrolled at Weddington High School, Watts averaged 29.1 points, 8.8 rebounds, 6.1 assists, 4.7 steals and 2.4 blocks per game in senior season. The five-star prospect, earned both Naismith and McDonald’s All-America honors as well as Competed in both the McDonald’s All-America game and the Jordan Brand Classic. She was ranked No. 14 by All-Star Girls Report and 24th by ESPN in her class.

She attended the University of Carolina where she was named 2016 ACC Freshman of the Year and earned All-ACC Second Team honors. She redshirted her third season at UNC. In her senior season with the Tar Heels, she averaged 12 points, 5.4 rebounds, 3.1 assists, and 1.7 steals per game. Further, she led the team to reach the NCAA Tournament, where she scored 29 points in the opening round game.

In the 2021 NBA draft, Watts was picked in the first round with 10th overall by the Los Angeles Sparks. She joined the team alongside Nia Coffey and Bria Holmes.