Rated the #1 player in Connecticut by ESPN, Bria Holmes is selected by the Atlanta Dream in the 2016 WNBA Draft with 11th overall pick in round 1. Currently, she is playing for the Connecticut Sun after a season (2016-17) with Dream.

The 6 ft 1 in tall basketball guard was born on April 19, 1994, in New Haven, Connecticut. Upon graduation from Hillhouse High School, she enrolled at West Virginia University, where she played for West Virginia Mountaineers women's basketball team.

Holmes is blessed with a daughter, Diona D’ior Lawhorn, together with her boyfriend, Danny Lawhorn.

Four seasons with WNBA has earned Bria Holmes a decent sum. Presently she is signed to the Connecticut Sun, where her salary for the 2019 season is reported $53,290, where Alyssa Thomas, Jasmine Thomas, and Shekinna Stricklen are the highest-paid rooster. 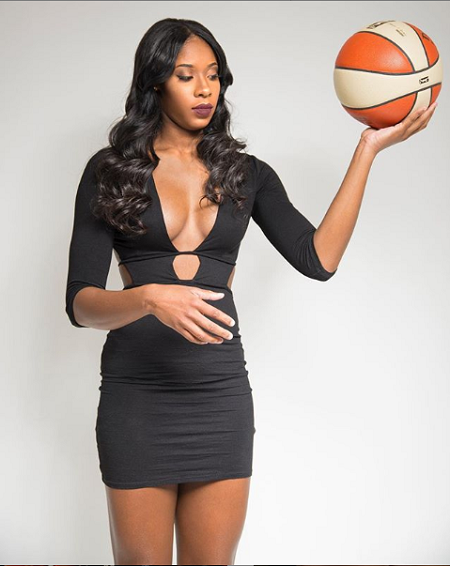 Additionally, she has also played a season for Atlanta Dream and might have earned a five-digit figure as her salary there. 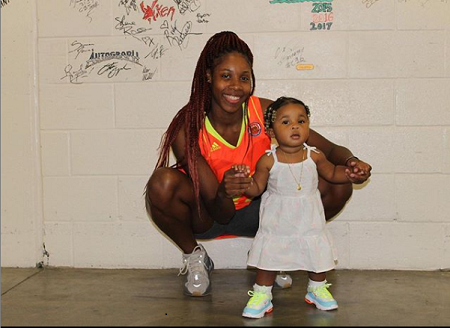 Before welcoming her sweet one to the world, Holmes worked out until she was eight months pregnant. After having a baby, it took four weeks for her to start working out again, and by ten weeks, she was working out with full motion in the gym.

“It’s not easy at all,” Holmes states. Further, she added, “But when you love something so much, you do whatever it takes to come back, and I just love the sport of basketball.”

More Detail On Her Boyfriend

Holmes' boyfriend, Danny Lawhorn, a native of Hartford, Connecticut, who played as a point-guard and possessed a high basketball IQ also from Connecticut, played for Washington State University. 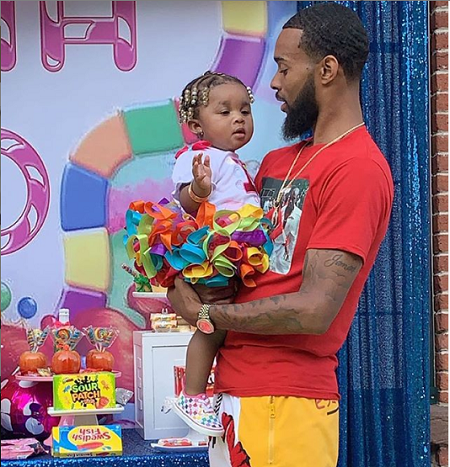 At the 2016 NBA draft, he remained undrafted and is currently an unrestricted free agent. As reported, Lawhorn now spent time playing professional basketball overseas in Europe.

Previously, Lawhorn was engaged to boyfriend Oterrious Diggins at WVU Senior Day game when Diggins proposed during postgame interview after she had tallied a game-high 27 points in a victory against over Okla, on 27th February 2016. Later the duo called off their engagement.

In the 2016 WNBA draft, Holmes was picked in the first round, with the eleventh overall pick by the Atlanta Dream. In her debut season, she began ten games and played in 32 with tbhe Dream. Overall, she averaged 7.5 points per game and 2.6 rebounds per game.

The following season, she played in all 32 games, starting 13 of them. That season she improved her points per game to 7.8.

Before the 2018 season, she was traded to the Connecticut Sun.