Sodiq Yusuff is a Nigerian MMA fighter currently signed to the Featherweight division of the Ultimate Fighting Championship (UFC). A professional since 2016, he competed previously at Titan FC, CFFC, VFC, and Shogun Fights 14.

Lagos, Nigeria native, Sodiq Yusuff, was born on May 19, 1993, under the star sign Taurus. The fighter is a Nigerian by nationality who belongs to an Afro ethnic background. 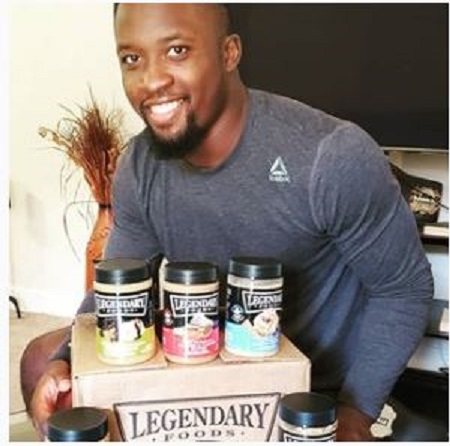 Besides, Yusuff makes a ton of money through his sponsorships. Scrolling through his Instagram, he has promoted products from different brands. As of 2020, his net worth id $0.4 million.

Before making it to UFC, he had a decent job working at the gym.

Is The MMA Fighter Dating?

Sodiq Yusuff, 26, is neither dating nor married. In fact, there is no story to be displayed regarding his love life. Until today, he has not been spotted with a lady who is assumed to his girlfriend/wife.

Came From A Large Family

Yusuff was born to a Muslim father and Christian mother in Nigeria, in a polygamist community. He has four siblings with his birth mother but says he's one of 16 children in the family, as he has three stepmoms. They all lived as one family.

At the age of nine, he, with his younger brother, brought them to the U.S by their mother while the rest is still in Nigeria and has never come to the United States.

Being one of the lucky siblings who made it to the U.S., he has always felt to financially support his family in Nigeria after each of his fights. He says nearly every cent he has made in his career has gone to his siblings

In 2018, Sodiq Yusuff signed to UFC, making his debut on 2nd December, at UFC Fight Night: dos Santos vs. Tuivasa against Suman Mokhtarian. He won the bout by technical knockout in 1st round.