Skylar Diggins-Smith is an American professional basketball player who is currently playing as a point guard for the Phoenix Mercury of the Women National Basketball Association (WNBA). She is playing for the same team since her WNBA debut. In the 2013 WNBA Draft, she was drafted with the third pick by the Dallas Wings.

Skylar Diggins-Smith has a total estimated net worth of around $1million in 2022. Further, she is reportedly receiving an average salary of around $227,900 annually from Phoneix Mercury.

Skylar Diggins is a married woman since 2017. She tied a knot with her boyfriend Daniel Smith on April 29, 2017, in a lavish wedding ceremony held at the Museum of Contemporary Art Chicago in front of family and friends. The wedding ceremony was attended by their family, relatives, and classmates from Notre Dame Fighting Irish.

The couple earlier got engaged in June 2016. 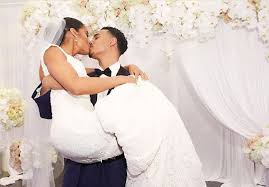 CAPTION: Skylar with her husband in their wedding ceremony SOURCE: ebony.com

Skylar Diggins' spouse was a college football player and it is found that she has changed the name in her jersey after her marriage, to "Diggins- Smith."

Recently, the famous WNBA payer Skylar gave birth to their baby in April 2019.

The love birds have been together for a very long time since they have been dating each other from college days which also shows that their relationship will last for long. In addition to this, she hasn't mentioned her hobbies and passions.

How much is Skylar Diggins-Smith Net Worth and Salary in 2019? Also, Know about her active contracts

In addition to this, Diggins has been playing basketball professionally for a long time that is more than five years so she is supposed to have made a nice amount of money so far and which is estimated around a sum of $1.5 million.

Skylar has an estimated net worth of above $1 million as of 2022 and she is also considered one of the highest earners of the WNBA history.

Furthermore, she earns a good sum from various endorsement deals and her first endorsement deal was with Roc Nation Sports signed in 2013 and was the first female athlete to sign an endorsement deal. Besides, she also signed a deal with the Nike brand 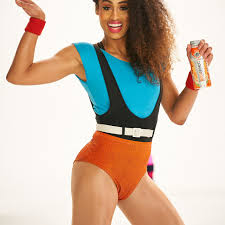 Skylar Kierra Diggins-Smith is famously known as Skylar Diggins-Smith was born to the parents, Renee Scott and Tige Diggins on August 2, 1990, in South Bend, Indiana, United States. Skylar is American by nationality and belongs to a mixed ethnic group.

Further, her star sign is Leo. She has three brothers, Destyn Diggins, Maurice Scott, Jr. and Tige Diggins, Jr.and one sister, Haneefah Davis. She is the stepdaughter of Sarah Diggins and Maurice Scott. She joined the Washington High School in Indiana for her high school education and career.

Later on, she attended the Notre Dame over Stanford where she played for the University team Notre Dame is a famous University from where several players are selected in NBA and WNBA including Pat Connaughton and Luke Zeller.

Skylar began playing basketball since her high school days and she is considered one of the most important players since then. After that, she started playing professionally with the Tulsa Shock soon after she was drafted in the 2013 WNBA draft.

Diggins won the 2014 WNBA Most Improved Player Award because of her outstanding performance and her total points in the season are around 683. During her 2015 season, she got injured in a game and has to undergo surgery. Soon after her recovery, she started her career with the Dallas Wings on a multi-year contract.