Patrick Bergin Connaughton a.k.a. Pat Connaughton is an American professional Basketball player who plays for the Milwaukee Bucks of the National Basketball Association (NBA). The Shooting guard / Small forward was picked with 41st overall in the 2nd round of the 2015 NBA draft by the Brooklyn Nets.

Pat Connaughton was born on January 6, 1993, in Arlington, Massachusetts As per his nationality, he is American and belongs to the White ethnic group. Further, his star sign is Capricorn.

Pat Connaughton's Net Worth, Career Earnings, & Contract As Of 2022

Pat Connaughton, 29, is possibly single and unmarried. He has shared less to no information about his love life, not even his relationship status. Hence, the information regarding his girlfriend, wife, or married is the subject of curiosity. 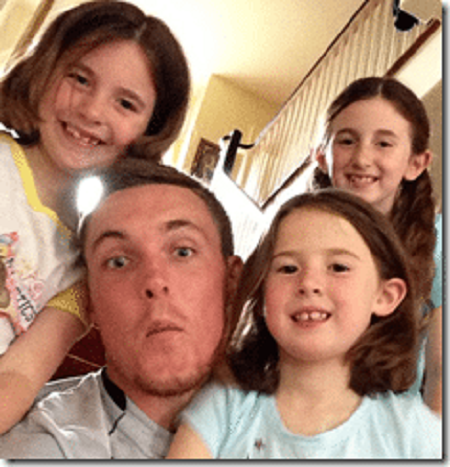 Rather, the hunk is very close to his mother and father. He is a very grounded young man; he is all about family, his nieces and he even has a godson.

Furthermore, he often shares beautiful pictures with his friend.

Connaughton is not only a world-class athlete but also has a very attractive individual. The Famous NBA star is 6 ft 5 in (1.96 m) in height and weighs around 209 lb (95 kg).

Pat was born to parents Leonard Connaughton and Susan Connaughton. His father said, "Patrick is of high moral character and wasn't going to lie to people. That eliminated a bunch of [MLB] teams from taking him at all."

After completing high school, Connaughton enrolled at the University of Notre Dame and played for the Notre Dame Fighting Irish men's basketball team.

In the 2015 NBA Draft, Brooklyn Nets selected him with the 41st pick. However, he was later traded to Portland Trail Blazers along with the Mason Plumlee for Steve Blake.

On July 9, 2015, he signed three years contract with the team. In the Year 2015, on October 30, he played his debut game in a loss to Phoenix Suns. He scored five points in his debut game. He started his professional baseball career with Aberdeen IronBirds and currently plays for the Baltimore Orioles’.

On 1st August 2018, he signed with the Milwaukee Bucks. Upon his arrival, he joined the team alongside Giannis Antetokounmpo, Eric Bledsoe, Sterling Brown, and George Hill.