Shannon Briggs is a well-known American professional boxer. He is famous for his formidable punching power and aggression, possessing an 88.3% knockout-to-win percentage with 37 knockout wins in the first round. Briggs held a world heavyweight championship twice from 1997 to 1998 and the WBO title from 2006 to 2007. He is also the 1992 US National Championships Gold Medal Winner in the heavyweight category.

Shannon Briggs was born on December 4, 1971, in Brooklyn, New York. He is the only child born to Margie Briggs and her former husband. His father left them soon after the birth of Shannon and was raised by his single mother. His mother also passed away on his 25th birthday due to a heroin overdose. He was homeless for a brief time in his childhood. Briggs was diagnosed with asthma as a child.

How Rich is Shannon Briggs? Know Abou His Net Worth, Earnings and Prize Money

Shannon Briggs has an estimated net worth of more than $10 Million. In 1997, He earned his first significant prize money worth $400,000 from his game against George Foreman for the Lineal heavyweight championship. He won the match via unanimous decision, but despite the loss, his opponent took home $5 Million. Shortly after the title win, he defended his title against Lennox Lewis. For the fight, Lewis earned $4 million compared to Briggs's $1 million. 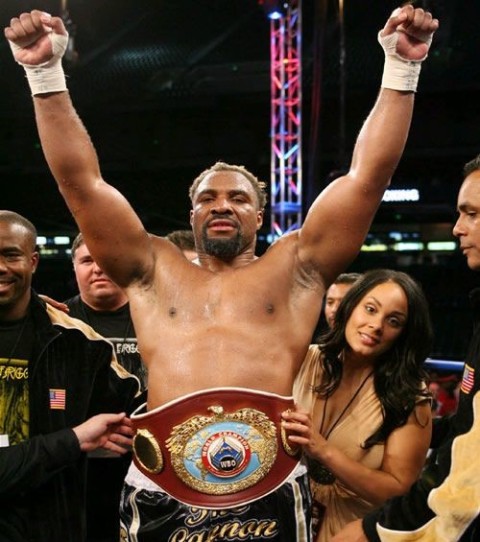 Shannon along with his WBO Heavyweight title SOURCE: Getty Images

Briggs must have earned millions from his sponsorship deals, advertisements, and several other income sources. He fought in more than sixty matches in his professional career and has not shared information about his earnings in most games.  In 2020, Shannon signed a deal with Bare Knuckle FC.

Shannon Briggs Relationship Status; Who is his Wife?

The American professional boxer is living a happy married life along with his wife and their children. Shannon is married to Alan Wilson for more than twenty years. They had a private wedding ceremony. 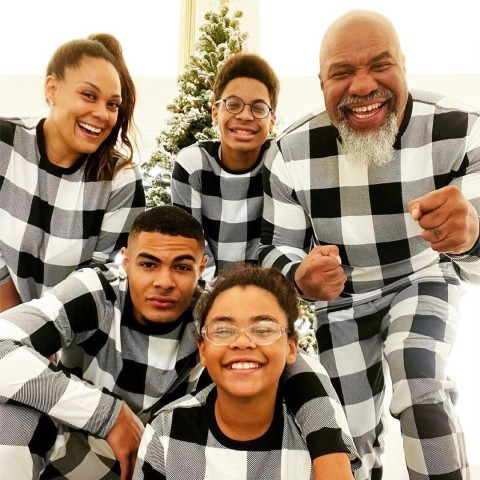 Shannon with his wife and children SOURCE: [email protected]_briggs

Shannon and Alan are the proud parents of three children. Their eldest son, Chan, can be seen training with his father. Shannon is very much supportive of his children. Although, he is an active social media user but rarely posts about his family and his children.

Shannon is considered to have the fastest hands and best punching power as a boxer. Briggs started training at the age of seventeen at Jimmy O'Pharrow's Starrett City Boxing Club in Brooklyn, NY. He was the New York City Golden Gloves champion, New York State Champion, and won several other titles in his amateur days. Briggs made his professional debut in 1992 against John Basil Jackson and won the match via KO.

At the end of 2005, Briggs won the vacant  WBC FECARBOX heavyweight title, WBA–NABA, and WBO–NABO heavyweight titles in back-to-back matches. He lost his WBO heavyweight title against Sultan Ibragimov in 2007 and WBC heavyweight in 2010. Shannon played his last game in 2012 against Emilio Zarate. In his sixty wins as a professional boxer, Briggs has won fifty-three via Knock Out.