Shaxram Djamshedovich Giyasov well recognized in boxing as Shakhram Giyasov is a light-welterweight boxer from Bukhara, Uzbekistan. Turned professional in 2018, he has compiled ten wins (8 by KO) with no losses. Further, he has won a silver medal at the 2016 Summer Olympic under welterweight as an amateur.

Born on 7th July 1993, Shakhram Giyasov is twenty-seven years old. A fighter of an orthodox stance, he holds Uzbex nationality. He stands 1.76 m (5 ft 9 in) tall. There is no information available regarding his parents, siblings, and academics.

How Much Is Shakhram Giyasov's Net Worth In 2021?

An undefeated, Shakhram Giyasov has earned a good deal of money through his ever-growing boxing career. Fighting under the World of Boxing banner, he is expected to make no less than the five-dight figure per fight. According to the source, on average boxer makes $50,000 per annum. 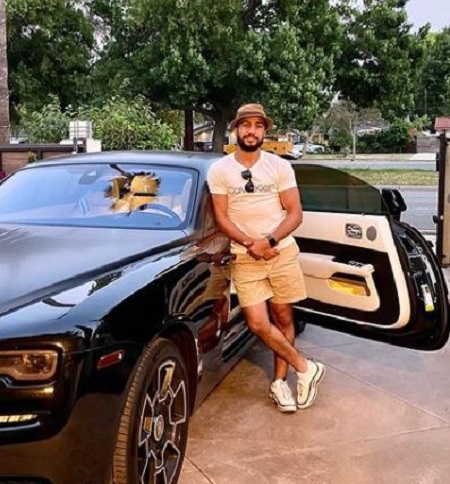 Outside the ring, Shakhram earns much from his sponsorship deal and is currently associated with Adrenaline Rush and BUKA Boxing. As of 2021, his net worth is approximately $0.1 million. Scrolling through his IG, the boxer has a pretty much lavish lifestyle. He is seen featuring cars like Mercedez and Chevrolet.

Nicknamed Wonder Boy, there are no facts proving Giyasov is dating someone. The boxer has maintained his love life as secret as possible. With less to no information, he is believed to be single for now. 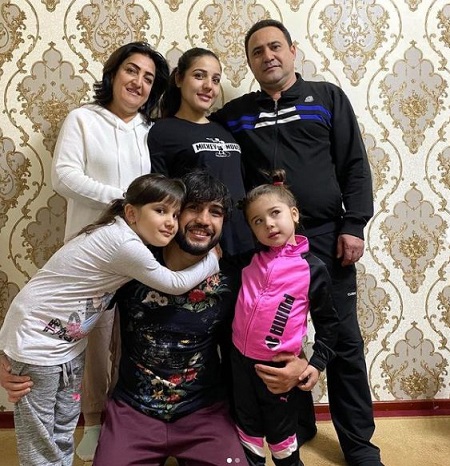 Active on Instagram with 1 million followers, his most of the post are from boxing of course. Besides, he often shares pictures with his family and especially with his two adorable nieces. Besides, there are lots more photographs from his exotic holidays.

On 10th March 2018, Giyasov made his professional debut Argentenne fighter, Nicolas Atilio Vlazquez. He won the bout via Ko in round 1. That year, he had five more wins against Gabor Gorbics, Daniel Echeverria, Albert Mensah, Julio Laguna, and Miguel Zamudio.

He started 2019 fighting against Edgar whom he defeated via TKO. In the following bout, he had his career's first title, the WBA International super-lightweight title against Emanuel Taylor on 26th April 2019. On 24th August 2020, he retained the title against Darleys Perez via TKO. On 15th August 2020, he knocked out Wiston Campos. Giyasov is scheduled to face Patricio Lopez Moreno to defend his WBA International super-weight title.