Sergiu Bus is a professional football player from Romania who currently plays in the Romanian top division, Liga I. He plays in the forward position for CFR Cluj where he joined in 2022. Before he used to play for Seongnam, FCSB, Levski Sofia, and different others. He wears the Number 99 Jersey for his team.

Sergiu has also represented Romania in different international tournaments. Previously, he was in the Under 17, Under 19, and Under 21 of the Romanian national team. Currently, he is not on the national team of Romania.

Sergiu Florin Bus, famously known by the name Sergiu Bus was born on November 2, 1992, in Cluj Napoca, Romania. According to astrologers, his birth sign is Capricorn. 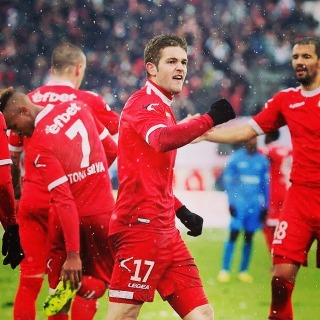 S Bus was born to his father and mother whose names are still not revealed. He has never mentioned them on his social media. So, it is hard to know details about the details of his parents as well as where his family background is.

Read: Who is Heorhiy Sudakov and who are his parents?

Are Sergiu and Laurentiu siblings?

According to Wikipedia, Sergiu and Laurentiu Bus are siblings. They were born and raised by the same parents.

Sergiu's older brother is also a professional footballer who is currently playing in the Liga III. He plays in the midfielder position for CS Hunedoara.

He has also represented Romania in international tournaments. In 2005, he played for the Under 19 team of Romania.

S Bus started his youth career with the CFR Cluj where he joined in 2007. At that time, he was just 15 years old. After playing for 2 years for the youth team of Cluj, he was promoted to their senior team in 2009. He did not get much chance at the club and was sent to other clubs like Unirea Alba and Corona Brasov.

He also played for the Bulgarian club named Levski Sofia from 2017 to 2019.

It was in 2022, he returned to his childhood club CFR Cluj.

How tall is Sergiu?

His weight is around 83 kg and has short black hair.

What is his Net Worth, Salary, Contract, and Sponsors

As per sources, the net worth of CFR Cluj's midfielder Sergiu Bus is estimated t be $300,000 approximately.  His net worth includes all his cars, houses, monetary values, assets, and others. 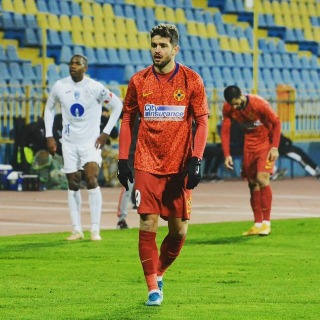 His main source of income is from his profession of playing football in different leagues. Though he has not been able t play for any noticeable clubs, he has been his clubs' key player and one of the highest salaried players of his club.

Till now, he has not been able to land any major sponsorship deals. He lives a moderate lifestyle with his family in Romania.

He often shares his lifestyle with his fans on Instagram.

According to the transfermarkt, Mykola's market value is 550 thousand pounds in February of 2022.

His current value has decreased significantly from December of 2014. At that time, it was 1.5 million pounds. 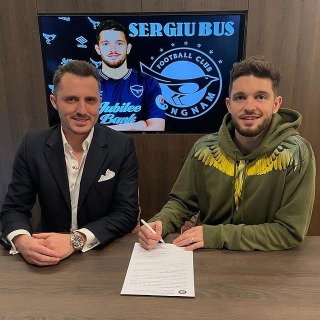 Sergiu's salary in 2022 is estimated to be about $100,000. But the exact sources that can claim the salary of the player are not revealed at the moment.

And he himself has not talked about his salary at Cluj.

Who is the agent of Sergiu?

As per sources, the agent of the Romanian forward is Fusion Group Agency, commonly known as FGA.

FGA is also the agent of other players like Risto Radunovi, Alexandru Albu, and Florin Lacob

Who is Sergiu married to?

Cluj's defender Sergiu Florin Bus is currently living a happily married life with his wife, Cristina Bus. The couple has been married for more than 2 years as of 2022. 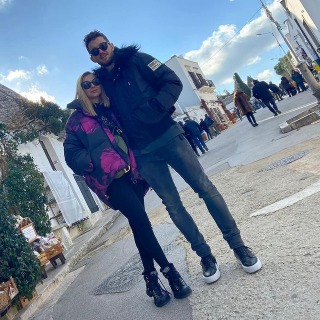 Though the exact date and place where the pair met for the first time is not known, they started dating back in 2014. At that time, he was in CSKA Sofia. After that, they dated for a few years.

They finally decided to tie their knot with each other and had their wedding ceremony in Romania. The exact date of their marriage is also not revealed yet.

Sergiu frequently shares photos of his partner in his Insta. He mostly expresses his love towards her.

As of now, there is no source that can claim the dispute between the Bus couples. So, they are currently happy with each other.

Read: Who is Matthew Bozinovski's Girlfriend??

Who is Sergiu's wife, Cristina?

Sergiu's partner Cristina bus is a family woman from Romania. She is also famous for becoming the wife of the Romanian footballer, Sergiu Bus. Her nickname is Crista and she is also originally from Romania like her husband. 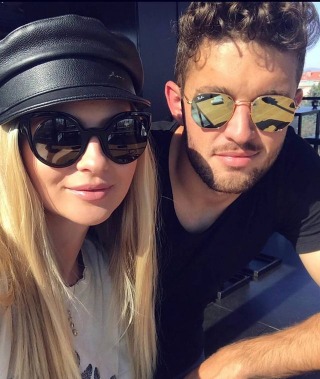 Cristina Bus celebrates her birth on January 26 of every year. And her lover never forgets to wish her on her special day. On her birthday in 2020, he posted his photos with his partner and wished saying,

"Happy birthday my better half, wishing you to be healthy, happy and all the love in the world to be upon you"

Additional information about her cannot be extracted as she has set her Insta profile private. Her Instagram Id is @cristina_bus where she has more than 1,600 followers.

Sergiu and Cris: Parents of a child

Sergiu and his wife Cristina Bus together are the proud parents of a child, a girl. Their daughter's name is Anais Bus. Anais was born on October 1 of 2017.

Her papa never forgets to wish on her birthday too. On her first birthday, she posted a beautiful message to his baby girl. He said,

"Happy birthday my sweet angel
You truly gave a purpose in my life
Love you more than words can express. #1year"

He has posted his child's photos on different occasions too.

In July of 2016, he announced that he and his wife were going to give birth to a child for the first time. He posted a photo of him with his wife where she was seen pregnant. And in the caption, he wrote a caption,

"Drink it mommy , you need vitamins for little princess coming"

And as expected they were blessed with a sweet angel in October of 2017. At that time, the father,(Sergiu) was just 25 years old. 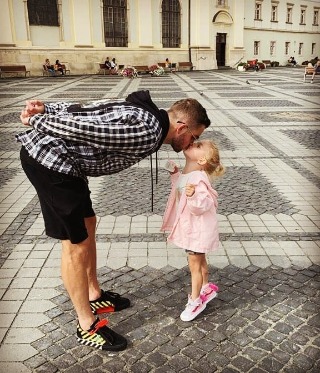 So, as of now, Sergiu and his wife Cristina's daughter is 4 years old. He frequently shares photos of his partner and child on his Instagram.

Do Sergiu plays for Romania?

Sergiu Bus also plays for the international team of Romania. Though he has not made a debut for the senior team of his country, he was included in Romania's senior team to play for the UEFA Nations League in 2020.

The Bus is also an active social media user who is quite active on Instagram.

His Instagram id username is @sergiubushhh where he has more than 20,200 followers.

He mostly posts about his games, training, and time with friends and families. Also, he regularly gives updates on his professional life too.