How Much Is Sergey Kovalev's Net Worth In 2020?

A professional since 2009, Sergey Kovalev has summoned a great deal of money out of his boxing career. His fights purse money details are discloed below the table:

Lately, the boxer has not revealed his paycheque. As of 2020, his net worth is estimated at $4 million.

Who is Kovalev's wife? (Married Life and Children)

The Russian boxer is married to his long-time girlfriend, Natalya Kovaleva. The couple walked down the aisle on January 29, 2011, in a private ceremony. Further, the couple is blessed with two adorable children, a son named Aleksandr Kovalev, and a daughter whose name is not discloed yet. 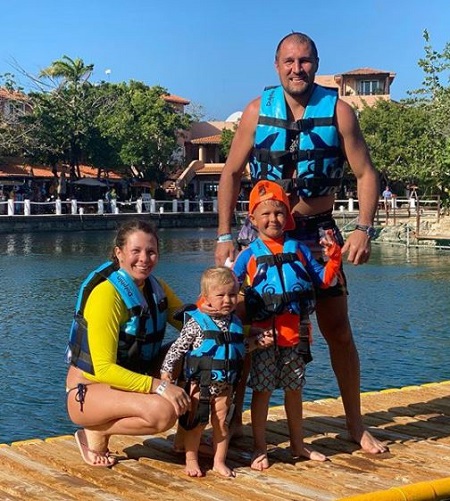 Moreover, Sergey is often surrounded by controversies. Recently, the thirty-seven years old who has a fight scheduled for August 24, 2020, allegedly grabbed a woman and kissed her against her will before a July 15 flight to Los Angeles.

According to the source, the boxer made the unwanted advances toward the woman before the plane took off from Fort Lauderdale-Hollywood International Airport to Los Angeles International Airport, bringing the woman to tears as she reportedly felt "uncomfortable and not safe." The captain of the flight then had Kovalev removed from the airplane.

It is unknown how Kovaleva's wife is dealing and taking the relationship after all these controversies.

Sergey was born to Russian parents. During his childhood years, he played ice hockey until somebody stole his equipment from the dressing room, and as his parents could not afford a new one, he started trying other sports. Several months after, Sergey played hockey and finally stopped his choice on boxing. Apart from that, he also practiced amateur wrestling.

Though there is not much infromaton about Sergey's father and mother often appear during Sergey's fights. 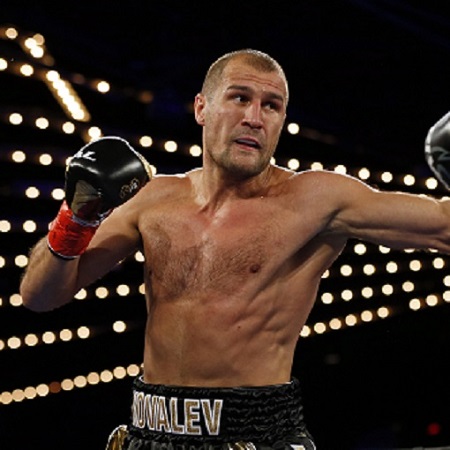