Tsvetana Pironkova is a Bulgarian professional tennis player. The right-handed (two-handed backhand) has won one WTA singles title and six singles at ITF Women's Circuit. She reaches her highest career ranking No. 31 on the WTA Rankings in September 2010 and No. 141 in doubles in March 2009.

Plovdiv, People's Republic of Bulgaria native, Tsvetana Pironkova was born on 13th September 1987, under the star sign Virgo. Both her parents are athletes: father, Kril Pironkova is a former canoeing champion while mother, Radsoveta Chinkova Nikolova is a retired swimmer. She was raised alongside her brother, Encho, and a sister, Elisaveta. Further, her grandfather, Encho Pironkova is a Bulgarian contemporary artist.

How Much Is Tsvetana Pironkova's Net Worth In 2021? Career Earning

Like other athletes, a tennis player has an endorsement and sponsorship deal. Currently, she is sponsored by Nivea, Nestle Fitness, Pironetic, and Samsung Bulgaria. Besides, she has launched her own women's clothing and lifestyle brand, Pironetic. As of 2021, her net worth is approximately $5 million.

Tsvetana Pironkova is married to her longtime boyfriend Mihail Mirchev, a former Bulgarian Football player who called it a career because of an injury. The couple tied the knot on 16th July 2016, in a lavish wedding ceremony. 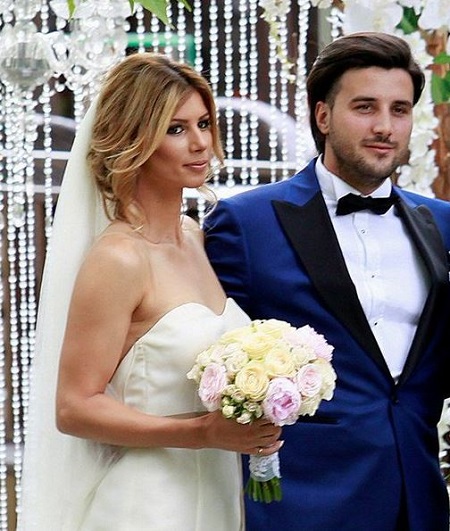 The wedding was not a surprise because in 2015, following the match at the WTA of Sofia, she admitted she had a ring in her hand, but 'this is not a news', she mentioned she does not like to speak open her personal life in public.

To Tsvetana Pironkova Tennis was introduced by her father. She began playing tennis at the tender age of four. In 2005, she made her WTA Tour debut at the Istanbul Cup.

Following a moderate early success, she entered Wimbledon in 2010 with a 1–4 career record at the event. There she reached the semifinals of the tournaments, becoming Pironkova's first Bulgarian tennis player in history to gain a spot in the semifinal stage of a Grand Slam in singles. The following season, she reached a quarterfinal run at the event.

In 2014, she won her career's first WTA Tour at Apia International. In the 2016 French Open, she won against then world No. 2, Agnieszka Radwanska, in the fourth round, reaching her first quarterfinal at a Grand Slam tournament. After an injury in 2017, she took a sabbatical from tennis which later extended with maternity leave.

At the 2020 US Open, Pironkova made her come back where she made it to the quarterfinals.