Sean Couturier's Career Journey: Salary he receives from his Profession

The Gene Hart Memorial Award winner, Sean Couturier, currently plays for the Philadelphia Flyers in the NHL alongside the players like Radko Gudas and Wayne Simmonds. 25-year-old Canadain-American professional ice hockey player, Couturier with his professional career of 7 years is blessed with massive salary and earnings as well.

Currently, Sean Couturier is estimated to be enjoying the net worth of $4 million. So, how much salary does he earns? Let's know all about Sean Couturier's salary, contract and net worth along with his professional career journey.

Net Worth and Salary of Sean Couturier

Before being drafted by the Philadelphia Flyers in the 2011 NHL Entry Draft, Couturier initially played in the SMHL and QMJHL during his high school and college days. And till date, he is playing for the team. 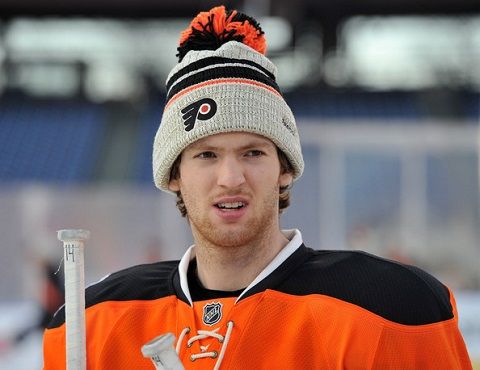 Later on July 20, 2013, Couturier signed a new 2-year contract extension worth $3.5 million earning him the average annual salary of $1.75 million.

Well, now it's time to take a look at Sean Couturier's career earnings with Philadelphia Flyers.

The Bathurst's minor hockey player, Sean Couturier, after being picked by the Moncton Wildcats in 2008 QMJHL draft played alongside defenseman Brandon Gormley.

While playing in the QMJHL till 2010, Couturier also played for the Canada Atlantic U-17 and also was named to QMHJL First All-Star team alongside the hands over Michel Briere Memorial Trophy and Mike Bossy Trophy. 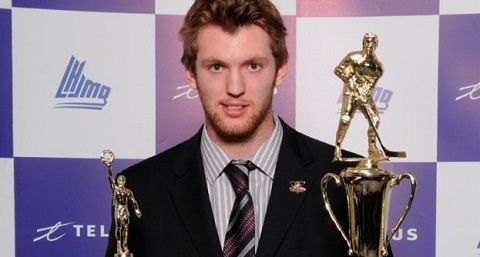 Then in 2011, he was drafted eighth overall by the Philadelphia Flyers in the 2011 NHL Entry Draft, which followed his naming in the 2011 World Junior Championships, held in Buffalo, New York. Often compared with Hockey Hall of Famer Ron Francis, Couturier also played for Canada's gold medal-winning team at the 2015 World Championships.

Well, his professional career turned out to be really amazing in 2018, as he won awards like: