Scott William Brooks was born on July 31, 1965, in French California to parents George Brooks and Lee Brooks. As per his nationality, he is American and belongs to White ethnic group. Further, his star sign is Leo.

Scott William Brooks attended East Union in Manteca, California where he played for his high school basketball team. Brooks played for Texas Christian University as a freshman and was later transferred to San Joaquin Delta College in Stockton, California. 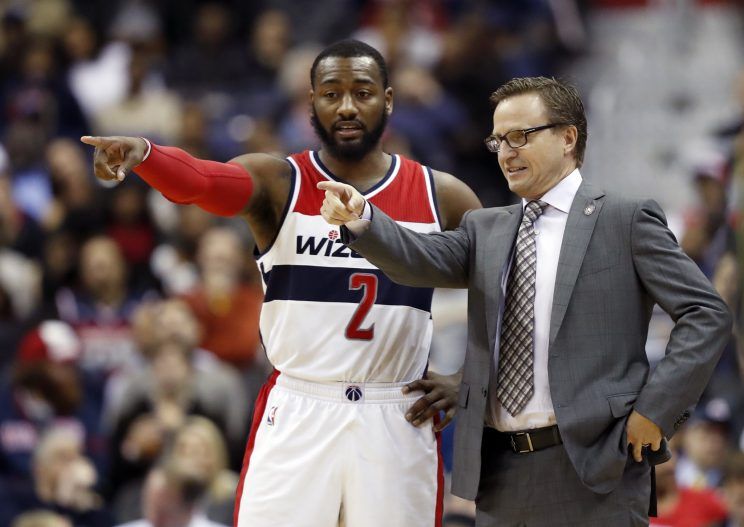 Later he spent two years at the University of California. Scott averaged 23.8 points and 43.2% of his three-point attempts in his senior season at UCL.

As of 2018, Scott William Brooks has an estimated net worth of over $30 million. He reportedly signed a five-year contract worth $35 million with Washington Wizards.

Further, the NBA coach has an average salary of $7 million annually. Scoot is getting just double the salary of Wizards previous coach Randy Wittman. Moreover, Brooks is among the six-highest paid coaches in the NBA. Gregg Popovich (San Antonio Spurs), Doc Rivers (Clippers), Thibodeau and Stan Van Gundy (Detroit Pistons) are among the six highest-paid coaches in the NBA.

After not being drafted in the 1987 NBA draft, Brooks made his professional debut under coach Bill Musselman with the Albany Patroons of the Continental Basketball Association. Scott was also the member of the Albany's CBA Championship team and also named to the CBA's all-rookie team in 1988.

Brooks was a member of the Philadelphia 76ers, Minnesota Timberwolves, Houston Rockets, Dallas Mavericks, New York Knicks and Cleveland Cavaliers for 10 seasons (1988–1998) in the NBA and was a member of the Houston 1994 NBA Championship Team. Later on, he was traded to Mavericks for Morlon Wiley.

Scott was placed as an assistant to P.J. Carlesimo of Seattle Supersonics after serving as an assistant coach for Sacramento Kings and Denver Nuggets. Later, he was named interim coach after Carlesimo was fired on 2008, November 22. 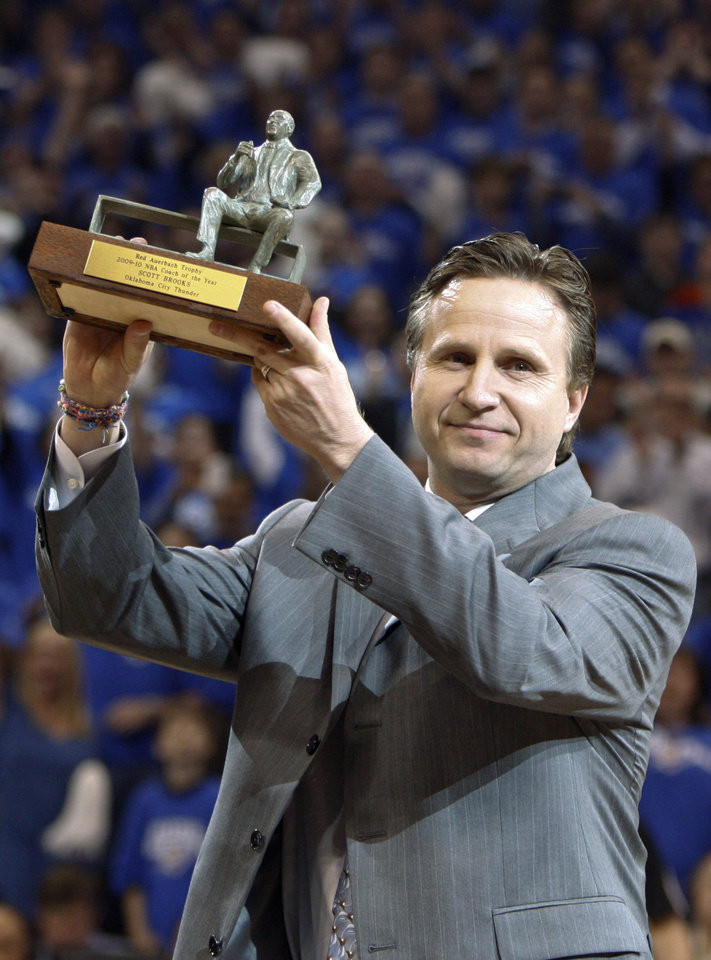 Brooks was named NBA Coach of the Year 2009–10 after leading the Thunder to a 50-win season and the 8th seed for the playoffs at the Western Conference, a 28-win increase over the previous season. Brooks signed a multi-year contract worth $18 million with Oklahoma as a head coach.

Scott was fired by the Thunder a week after the team missed the playoffs for the first time in its six full seasons as head coach on 22 April 2015. Brooks left behind only Lenny Wilkens and George Karl as the third most successful coach in the history of Sonics/Thunder.

The Famous NBA coach is 5 feet 11 inch tall in height and weighs around 75 kg (165lbs). Other than being a famous NBA Coach, Scott William Brooks is pretty famous in social media.

Scott Brooks, head coach of Wizards is married to Sherry Silvey, his love of high school. They met at Eastern Union High School in California, both attending same high school and remained friends until they were married on 27 January 1993.

The Wedding ceremony was held on Pebble Beach with the presence of friends and family. They have a daughter Lexi Brooks and a son Chance Brooks. Chance studies at the University of South California.

Facts and stats of Scott Brooks