An American basketball coach and former player, Nate McMillan is the head coach of Indiana Pacers of the National Basketball Association (NBA). From 2000 to 2005 he coached the Seattle SuperSonics and the Portland Trail Blazers from 2005 to 2012. He was given the nickname "Mr Sonic" during his playing and coaching stints with the SuperSonics.

How much does Nate McMillan earn annually? Who is his wife? Scroll down to know everything including his wife, career. children, family, and more.

Nate McMillan Salary and Net worth

As a player playing for more than a decade, Nate McMillan made reported NBA career earnings of more than $10 million. His average annual salary during that time was more than $1 million. Nate's net worth as of 2020 is estimated to be $10 million.

Nate has been into coaching for more than two decades and currently works as a head coach of Pacers where he might earn about $2.5 million annually after his recent contract extension. Earlier, he signed a three year deal with Pacers and was paid an annual salary of about $2 million.

Who is McMillan's wife?

Nate McMillian is married to his wife Michelle McMillan. The couple is in a marital relationship since 1988 and probably dated for some years before their marriage. They have been married for more than three decades now and have two children together. 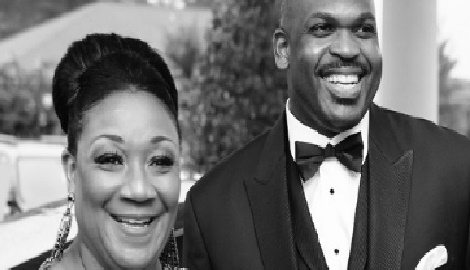 Nate and Michelle became the parents of their first son named Jamelle on December 30, 1988. His wife, Michelle, who previously worked as an accountant, gave birth to their second daughter Brittany on May 16. His son played as a guard for the Arizona State Sun Devils.

Nate's wife and his son and a daughter SOURCE: The Seattle Times

Nate gifted his wife two luxury cars in the early 2000s. He got her a black convertible Mercedes and a black Escalade in 2003.

Nate was born as Nathaniel McMillan on August 3, 1964, and is 56 years old as of 2020. He was born in Raleigh, North Carolina and holds an American nationality. His mother's name was Jeanette Tyson who passed away in 2005. He also has an elder brother named Randy.

McMillan attended Raleigh's William G. Enloe High School where he was not so popular and was not noticed by scouts. He then joined Chowan College where he played basketball and later transferred to North Carolina State and led the team to a first-place tie in the Atlantic Coast Conference regular-season in 1985.

Nate started his NBA career with Seattle SuperSonics in 1986 after being picked in the second round. He played for the team for 12 years and averaged  5.9 points, 6.1 assists and 1.9 steals. He also led the team to NBA Finals where they lost to Michael Jordan-led Chicago Bulls. He made his retirement in 1998.

The former guard then returned to SuperSonics as their assistant coach in 1999 and was appointed as the interim head coach after a year. He served for 5 years and joined Portland Trail Blazers as their head coach and left the team in 2012.

In 2013, Nate joined Indiana Pacers as their assistant coach and was promoted as their head coach in 2016. He recently extended his contract for a year in 2020. Besides, he was also an assistant coach of the USA national team in the 2006 FIBA World Championship and in the 2008 Beijing Olympics under Mike Krzyzewski.