Sarpreet Singh is a well-known New Zealand professional soccer player who serves as an attacking midfielder for 2. Bundesliga club Jahn Regensburg. Bayern Munchen II sent him on loan to Regensburg. He also plays for the New Zealand national team. Initially, he played as a deep-lying or winger playing for Bayern.

Former Bayern Munchen II winger Sarpreet Singh was born on February 20, 1999, in Auckland, New Zealand, to Indian parents. His parents are of Indian descent and Asian ethnicity. At the moment, Sarpreet is just 23 years of age, and his zodiac sign is Pisces. He possesses a height of 5 ft 9 inches and weighs over 71 kg.

He was born in New Zealand to Indian parents, Sarpreet player for Onehunga sports in his youth before signing for Wellington Phoenix Academy in 2015. He also represented Auckland at the Australian  National Futsal Championship. He began his competitive career in 2015 as a reserve player for Wellington Phoenix. The Jahn Regensburg midfielder signed his first senior contract of three years with the Wellington Phoenix on June 1, 2017. He served as a playmaker and winger for the team according to the needs. 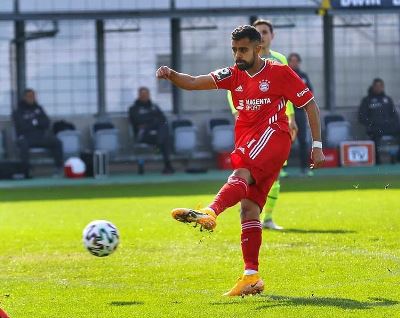 He joined Bayern Munich for three years three deal on July 1, 2019. Afterward, Sarpeet was immediately transferred to their reserve team, Bywran Munich II. He made his debut on July 6, 2019. The Club decided to loan to FC Nuurnbera for a season, and then he again got a loan to Jahn Regensburg 0n6 July 2021 for a season. In early 2022, The player moved to Nurnberg for a loan season.

He made his first New Zealand appearance at the 2017 FIFA U20 World Cup when he talked about his international career. Likewise, he earned the senior-level team call-up on March 24 in Murcia. F0pr his nation, the attacking midfielder Sarpreet has appeared in overall 27 games, adding two goals in his name. Presently he is out of the squad due to a groin injury. He was given time to get recovery.

Sarpreet Singh, the Regensburg midfielder, is very confidential regarding his relationship matters. He seems to be a reserved person. He has been seen with any girls publicly, so it's quite challenging to determine his relationship status. Observing his social media post, no single post hints about his love life. Thus, he is believed to be single presently.

Wherewithal and net worth of Sarpreet Singh in 2022

The Auckland-born rising football Sarpreet is at the peak of his career. He got to play for one of the Ginat clubs of Germany, i.e., Bayern Munich. Before playing on the German side, he also played for New Zealand's top football club. The 23-year midfielder received weekly wages of £5600 and £2,91,200 yearly for FC Bayern II. When he played for FC Bayern, Munich, Sarpreet's earnings peaked at £4,47,200 per annum. As per the sources, His estimated net worth is above $5Million. 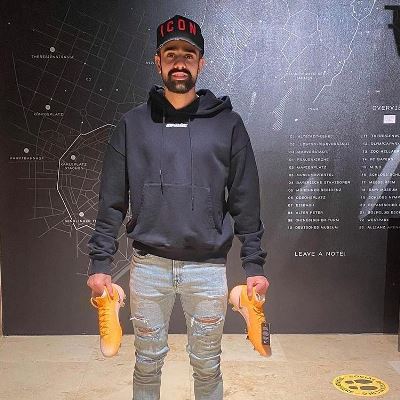 Nike also endorses Sarpreet. Nike facilitates him with kits and boots. He never the amount he gets from it. His fellow teammate, Robert Lewandowski, makes more than $25 MIllion as his salary.

He is available on various social media. He is active on Instagram under the username @sarpreet.singh11 and has 83k followers. His Instagram id is verified too. He updates his sports-related news and hap[[ens via Instagram.