Sarah Marie Vaillancourt also is known as Sarah Vaillancourt is a Canadian women's ice hockey player and a member of the Canada women's national team. She plays for the Montreal Stars of the CWHL. She is a two-time Olympic Gold Medalist and also won the gold and silver medal at the World Championships.

The 5 ft 6 inc tall Canadian Ice Hockey player was born on May 8, 1985, in Sherbrooke, Quebec, Canada and completed her bachelor's degree in psychology at Harvard University. Sarah is the 2009 ECAC Player of the Year and was also chosen the Most Valuable Player at Clarkson Cup Tournament in 2011

Sarah has accrued a significant net worth of over $850,000 as of 2020. She is expected to earn $15,000 as an average salary from her current club Montreal Stars and also earns extra money from an endorsement deal with the various brands, including Marsblade. 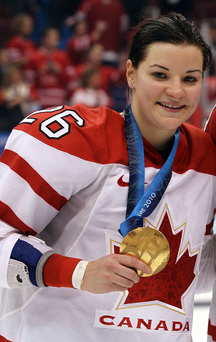 The CWHL players, in specific, can gain as little as $2,000 and as much as $10,000 as a pay rate. In addition, each of the seven league clubs will receive a $100,000 payroll and when each team sees fit, this cash pool will be shared among all the participants similarly with her teammates like Brianne Jenner and Lee Stecklein.

The 34-year-old athlete is openly a lesbian and she is in a relationship with Renee-Claude Chevarie since 2012.

Renee-Claude is the former captain of the Beauce-Appalaches Cégep Condors volleyball team who has participated in the Canadian National Team spring test camp. 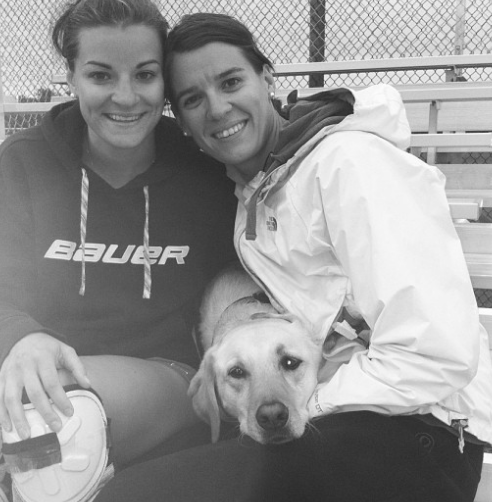 Both of them are having a good life and so far there is no report on their marriage. It seems like they are enjoying their living-together relationship. The couple currently resides in Quebec.

Sarah has initiated her sports journey when she was two and a half years old and started to play ice hockey at the age of five. She made the national team at the age of 18 and won gold at the 2010 Olympic Games in Vancouver where she played with the U.S players like Kacey Bellamy and Gigi Marvin.

She used to be the captain of Canada's Under 22 team during 2003 and later on she graduated from high school as a tri-varsity captain and athlete from Pomfret School in Pomfret, Connecticut, as a member of the class of 2004.