Born on March 7, 1987, in Bemidji, Minnesota, USA, she has completed her high school from Warroad High School 2005, and later on, she joined Minnesota University, where she is currently studying.

The Ice Hockey forwarder is having a good life form the earning of her professional career. She has an estimated net worth of around $800,000 as per 2020. 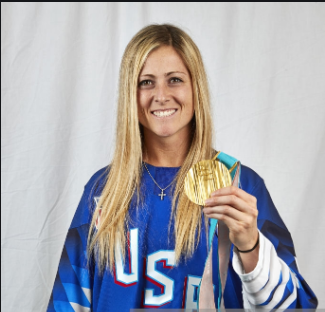 She is currently playing for Boston Pride, where she is gaining around $20,000 annually and 15% extra from the sales of her Teams Merchandise.

She also represented her nation in the Olympic games, through which she earned between $35,000 to $40,000. Similarly, players like Alex Rigs, Kacey Bellamy, Megan Keller also used to make in the same range.

The 32 years old hockey Forwarder is currently single, and she has no records of any relationship, affairs, engagement, and marriages.

However, so far, she has not disclosed her personal details in front of the media, and it seems like she wants to engage in her games.

Gigi Marvin has a board and a deep relation with hockey games. It starts with his grandfather, Cal Marvin, who helped to establish the Men's Hockey Program at the University of North Dakota Men’s Hockey program during the 1950s.

Gigi Marvin's grandfather has also made a significant contribution to built Warroad’s youth hockey program and coached the U.S. men’s national team in the 1950s.

Mike Marvin, played college hockey at Brown University and coached at the youth levels. Aaron Marvin, her brother, was recruited to play at St. Cloud State, and her cousins, Lisa and Layla, are both playing for North Dakota. 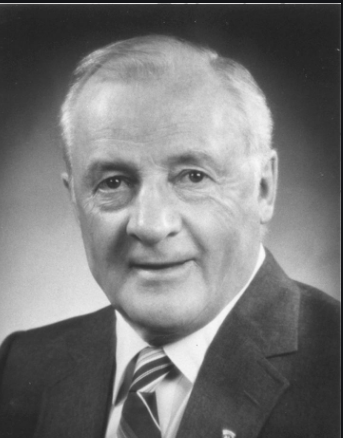 Gigi's mother's name is Connie Marvin, and her father's name is Mike Marvin, who is a retired hockey player and used to play for the Warroad Lakers in his high school days. Later on, he joined Brown University, where he played hockey from the senior team during 1966.

Mike and Connie, Gigi's parents, first meet at the college where Connie was studying a bachelor degree as well as Mike was a rookie player.

Gigi Marvin has the one siblings as a brother, Aron Marvin, who has recruited by the recruited at St. Cloud State in a hockey team.

Gigi's Uncle David Marvin is also a retired hockey player who has played for Warroad's and the University of North Dakota.

Gigi Marvin made her nation proud through her unbeatable skills in a hockey game. She won her first Gold medal in Olympic in 2018 at Pyeongchang

While she headed to Finland in 2009, she successfully placed her self on acquiring Gold medals in the International League.

Similarly, in Switzerland and Canada between 2011 to 2013, she makes proud of her nation by winning a Gold medal at the International Championship.