Sarah Grace Kustok is a famous sportscaster currently working for YES Network and Fox Sports. She also works as a sideline reporter with Brooklyn Nets. Further, she is also played volleyball as well as basketball for her high school team.

Born on December 17, 1981, Kustok is the very first female full-time analyst for an NBA team's local TV broadcasts, when the YES Network promoted her from sideline analyst for Brooklyn Nets games.

Sarah Kustok Net worth and Salary in 2020

The American sportscaster/anchor Sarah Grace Kustok has an estimated net worth over $1 million. Not to mention, Kustok is one of the most popular YES Network and Fox Sports anchors who has made a successful career as a sports anchorwoman. 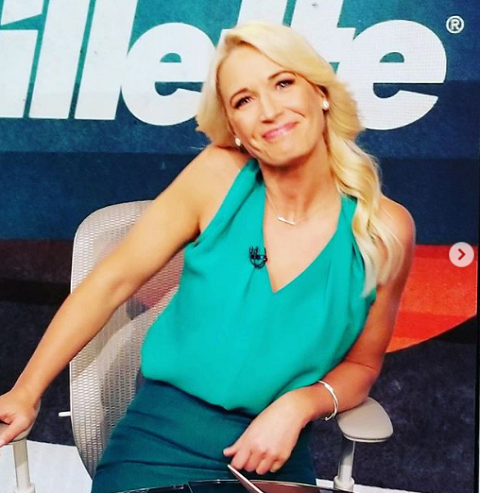 According to sources, an NBA analyst's average salary is $58,506 per year and the reporter of the FOX news channel is $56,434 per year. Further, she also works for Yes Network who is known for paying an average salary of $50 thousand annually.

So with the above reference, we can conclude that Sarah earns a decent amount of money from her professional career. Further, YES Network and Fox Sports reporter receive an added sum of money from her radio and TV guest appearances as a sports pundit too.

Moving to her personal life, she is yet to be married and is said to be single as well. She has always maintained a low profile when it comes to her love life and until now she has not shared details about her affairs/relationship. In addition, the popular sports anchor has a sexy body figure and has a height of 5 feet 9 inches. 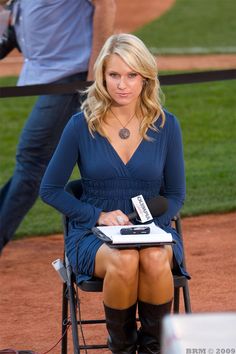 Her father Allan Kustok was accused of killing her mother, Anita Jeanie Kustok. Allan was accused of shooting and killing his wife while they were sleeping in their suburban home.

Sarah and her brother Zak defended their dad, but that didn't stop him from being punished. Allan was sentenced to stay behind bars for 60 years for killing his wife.

Further, she was a sports enthusiast from a very early age, she played volleyball and basketball at high school.

Further, Sarah grew up with a brother named Zak Kustok. Her birth sign is Sagittarius. In 2004, she graduated from DePaul University with a degree in Communications/ Media Studies.

Kustok is currently working with the Brooklyn Nets as a sideline reporter. In addition, she is also working for Nets Magazine.

She also worked for Chicago Bulls, Blackhawks, Cubs, White Sox, and Fire as a TV sideline reporter for Comcast SportsNet Chicago and was also a substitute anchor for the network. Later, she also worked as a sports anchor for WMAQ-TV.

Additionally, she is the color commentator for the Connecticut Sun home games of the WNBA. Further, she has also interviewed different sporting personnel such as D'Angelo Russell, Sean Kilpatrick, Brook Lopez and many more.