Sandro Mamukelashbili is a rising Georgian-American college basketball player. He has been playing with the Seton Hall Pirates in the Big East Conference. Sandro is in his senior year. In 2021, The player made it to the First-team All-Big East and Big East Co-Player of the Year.

Sandro Mamukelashvili was born Alexander "Sandro" Mamukelashvili on May 23, 1999, in New York City, New York. He is among the three children born to Marianna Oakley and her husband, Zurab Mamukelashvili. His parents are of Georgian descent and hold Georgian and American nationality. Sandro has a brother named David. His grandmother was a captain for the Soviet Union Women's national basketball team. Talking about his physical appearance, He stands six feet and eleven inches tall and weighs 109 kgs (240 lb).

Sandro started training for basketball from a very early age. His brother introduced him to basketball at a young age. He spent his teens in Biella, Italy, and  He competed on the U17, U18, and U19 teams and helped the teams to finish third place in the national finals. The player moved to the United States to attend basketball powerhouse Montverde Academy. In 2017, Mamukelashvili with Seton Hall over offers from USC, South Carolina, and Vanderbilt.

In his freshman year, The player averaged 2.6 points, 1.9 rebounds, 0.5 blocs per game, and helped the Pirates reach the second round of the NCAA Tournament. In the following year, He averaged 8.9 points and 7.8 rebounds per game. In early 2020, Sandro declared for the 2020 NBA draft but withdrew at the end and returned for the senior year. On February 16, 2021, Mamukelashvili scored 1,000 career points in a win against DePaul.

Alexander got a chance to represent the Georgia National basketball team at the 2019 FIBA World Cup. The same year, He was part of the Georgia U20 team and averaged 8.7 points, 7.0 rebounds, and 1.7 assists per game at the FIBA U20 European Championship.

2021 NBA Draft prospect Sandro Nix has maintained his personal life as secret as possible. The love life of Mamukelashvili is completely in the shade. He is an active social media user and seems like he is focused on Draft rather than being in a relationship.

Following his posts, We can believe that The player is single and very close to his family and friends. However, He could secretly be dating someone and waiting for the right time to open about his relationships.

How Much Is Sandro Mamukelashvili's Net Worth In 2021?

Sandro is very much early in his career. He just listed his name for the upcoming 2021 NBA draft. If got picked in the draft, firstly, the draftee will have a heavy signing bonus and also a million-dollar salary. He receives an annual athletic scholarship worth more than $20,000 from the University to cover most of his necessities. 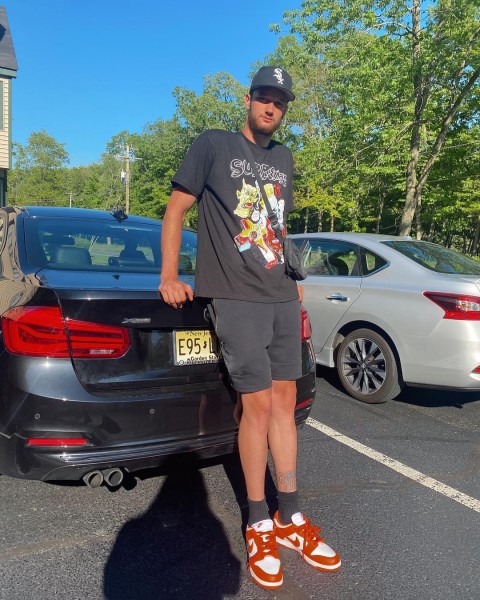 Being a national player, Sandro must be receiving a handsome amount from the government. He enjoys a lavish lifestyle and seems like he owns numerous cars, including a BMW.