Samuel Cosmi is an American football offensive tackle for the Washington Football Team of the National League. He was drafted by Washington in the second round (overall pick 51) of the 2021 NFL Draft.

Cosmi was born on February 16, 1999, in Humble Texas to an immigrant parent from Hungary. 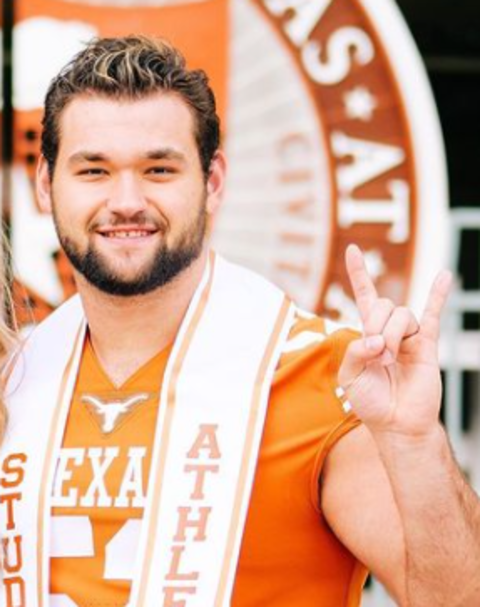 Samuel Cosmi was drafted by Washington in the second round of the 2021 NFL Draft. SOURCE: Instagram

He redshirted his freshman season and played in all 14 of Texas' games while starting the last 13 at right tackle. As a redshirt sophomore, he was lined up in all 13 games and was named second-team All-Big 12 Conference. Cosmi was also named to the First team All-Big 12 (2020). He made 35 straight starts for Texas with the last 21 of those starts at left tackle.

The former Texas Longhorns tackle has been predicted of starting right away on the left side of the line in Washington's NFL campaigns. Though analysts suggest he could also be competing against Chicago Bears tackle Charles Leno for the position. He is also being compared to former Longhorns lineman, Conor Williams, whom the Dallas Cowboys selected in the second round of the 2018 draft. 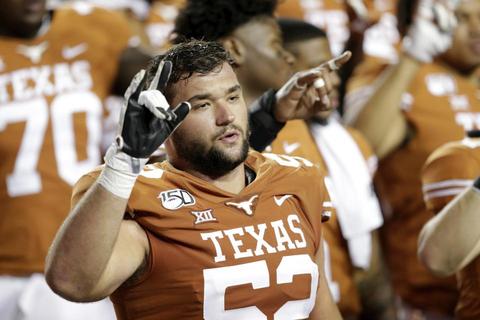 Considering his base salary alone, Cosmi could be sitting atop a net worth of no less than $1.5 million in the next 4 years or so. If he signs with the Washington Football, that figure can go as high as $6million (again exclusively on the account of salaries for the second round NFL draftee).>

For all that's worth, the 6 foot 6 offense tackle could already be worth millions of dollars in part to his guaranteed signing bonus which is mostly paid upfront to an NFL rookie.

On to the six months of their dating, Cosmi first introduced, on March 4, 2019, his girlfriend, Blair Catherine Westerlund to his followers through his official Instagram account. Westerlund is a blogger and a mental health advocate from Austin, Texas. She was also a volleyball player for the Texas Longhorns. 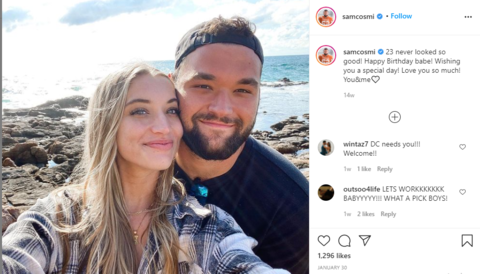 Ever since they debuted on Instagram as a couple, they have been showering their followers with #tbts of their love-filled moments and subsequently fawning their anniversary posts.

They also seem to enjoy reminding the fans that they're #couplegoals personified and rightly so.