Andre Cisco is an exceptional American football player who used to play college football as a safety for the Syracuse Orange football team. He recently grabbed good attention during the 2021 NFL Draft. He was picked 65th overall by the Jacksonville Jaguars during the third round of the draft.

Born in 2000, Andre Cisco celebrates his birthday on the 23rd of March every year. He is currently 21 years old. He hails from the suburbs of Queens, New York. Likewise, he goes by the birth name of Andre J. Cisco. His father's name is Chris Cisco and his mother's name is Myriam Cisco. He has a very close bond with both of his parents. Apart from his parents, he also has two sisters. However, the details of his sisters are yet to be disclosed.

Other than that, it is known that he first studied at St. Anthony's High School before enrolling at IMG Academy. Afterward, he chose Syracuse University for his further studies. 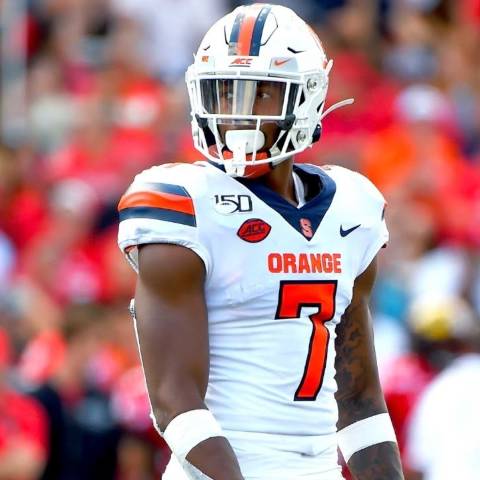 During his time, he developed his playing skills and tactics very much and impressed everyone. He played two seasons with the football team under then-head coach Kevin Wright. During his senior year, he was able to record 1 interception, four passes defended, 15 tackles, and recovered three fumbles. Following the end of his high school playing career, he was ranked No. 52 among safeties by ESPN.

After his graduation from IMG Academy, he committed to play college football for the Syracuse University men's football team. In his freshman year, Cisco played in 13 games and tallied 7 interceptions and 60 tackles. For his performance, he was a freshman All-American and was named the ACC Defensive Rookie of the Year.

His performance in the sophomore year got better as he recorded 5 interceptions, 65 tackles, and one touchdown in only 9 games. Unfortunately, he missed three games due to injury. Likewise, in his junior year, he only played the first two games before he suffered an injury due to which he missed the whole season.

While recovering from the injury, Cisco declared his name for the 2021 NFL Draft. When the draft happened just some weeks ago, he was drafted by the Jacksonville Jaguars as the 65th overall pick in the third round. At Jacksonville Jaguars, he will play alongside some quality players that include Trevor Lawrence, Dakota Allen, Walker Little, and others.

Andre Cisco's earnings and net worth are still under review. However, looking at his lifestyle, it is pretty sure that he has earned a good sum from his college football career. Likewise, his draft to the Jacksonville Jaguars is also likely to increase his net worth.

Andre Cisco is currently giving all of his focus towards his professional life only. He is very keen on improving his playing stats to impress everyone. To do so, he is currently staying away from a romantic relationship. 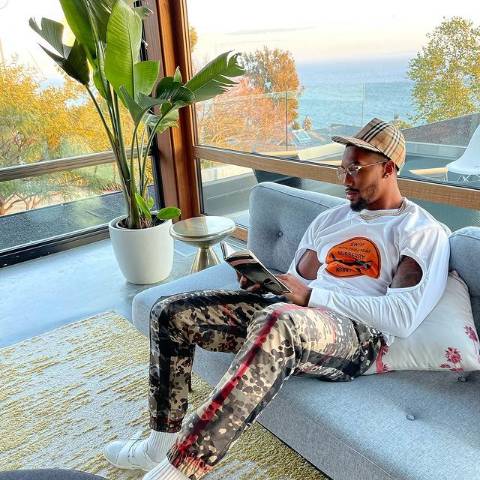 His Instagram handle also gives an idea of his single relationship status as it is only filled with pictures of him playing football and enjoying his time.