Norwich, England native Rylan Charlton was born on 18th August 1992, under the star sign Leo. He holds an English nationality and is of white ethnic background. A welterweight division fighter, his exact height and weight are under review.

How Much Is Rylan Charlton's Net Worth In 2021?

With six consecutive boxing wins, Rylan Charlton has pursued a good deal of money. Though there is no exact detail on how much he earns per fight, the pro boxer makes a few thousand dollars per fight. According to the source, The median salary for a professional boxer is $51370.

Like other athletes, pro boxers have sponsorships and endorsements. Similarly, Rylan is sponsored by various brands: Firesnuff Limited, Assemble scaffold solution ltd, We Solve All, Harmoney, and T Griffiths Holdings.

The twenty-eight years old Rylan Charlton is a married man. He tied the knot with his girlfriend, Becky a long time ago. As a matter of fact, there is less to no information about their wedding. The couple has maintained a low-key love life, however, Charlton sometime comes with their adorable pictures of them. 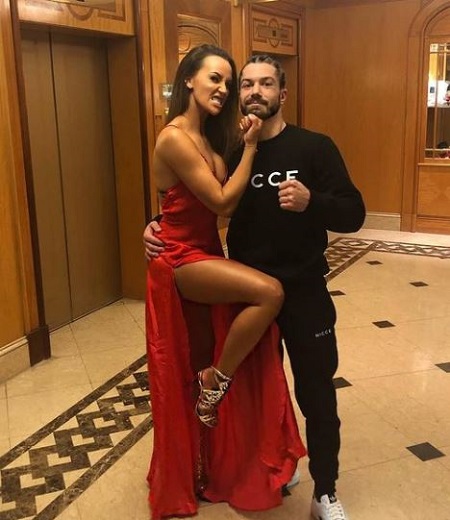 The boxer is pretty famous on Instagram with 6,580 followers. Most of his posts are from boxing, but other major posts are from his vacations. He is a travel freak.

On 6th October 2018, Rylan made his professional debut at Carley vs. Adaway against lee Gunter. He won the fight. He next faced Oscar Amador at Donovan vs. Mojica on 22nd July 2019. He won the bout via a points decision.

On 30th January 2020, he defeated Des Newton at O'Rourke vs. Hussain. Further, he won against Joe Laws at Ritson vs. Vazquez on 17th October 2020 via KO/TKO in round two. On 20th February 2021, he is scheduled to face fellow undefeated fighter Florian Marku at Avanesyan vs. Kelly.