Turell is a small forward who wears shirt number 3 in his current team. He has been playing professional basketball since October 22, 2022, when his team, Motor City Cruise, selected him. Being a professional player, Turell makes a massive amount of money and has a decent net worth.

Details On Ryan Turell Net Worth and Salary

Ryan Turell makes all of his gains from being a professional basketball player. He is associated with the Motor City Cruise and might be taking home fair cash from the team. However, there are not many details regarding his contract. Due to this, his actual net worth remains under review. 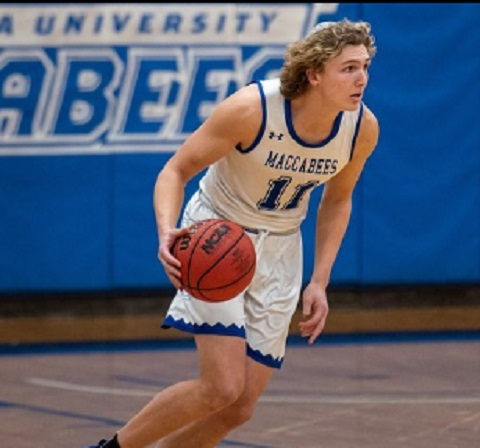 Besides, a professional basketball player in the United States has an average salary of $47,354 annually. At the same time, the amount may also fall between $29,500 to $52,000 per year. So, it can be speculated that Turell may earn in the same range from his team.

Likewise, Turell earns money from brand endorsement and sponsorship deals. He has shared some merch on his Instagram account too.

Is Turell Dating or Single?

Turell is currently single and does not have a girlfriend. Like Moustapha Fall, Turell is also at the peak point of his career. So, rather than searching for a life partner, he may be working hard to achieve more success in his professional life.

Also, Turell's Instagram posts show that he is focused on his career, as he frequently shares updates on his daily games and events. Besides, he is a family person who spends most of his spare time with his family members.

To get more details regarding Turell's lifestyle, we can follow him on Instagram, where Turell is registered as @ryanturell11.

Turell initially went to Valley Torah High School, where he played on the varsity basketball team. Also, he played for Earl Watson Elite which is a premier Amateur Athletic Union (AAU) team. After finishing his high school career, Turell started playing college basketball on the Yeshiva University squad in 2018.

During his college career, Turell gave his best and helped them to win some titles too. Once, he led the team to one of the longest-winning bars in NCAA Division III men's college basketball history, but it was broken in December 2021. As a junior, he averaged 26.0 points, 8.3 rebounds, 3.0 assists, and 1.4 steals per game.

Ryan Turell was born on February 3, 1999, in Valley Village, California, U.S., to his parents, Brad and Laurel. His father also played basketball at UC Santa Barbara. Besides, Turell was raised along with his two siblings, Jack and Austin.