Moustapha Falou Fall is a French nationality professional basketball player competing in the Greek Basketball League and Euro League. Presently, the athlete serves as a center for the Olympiacos. Before joining his current team, Fall represented several basketball teams, such as Poitiers 86, Monaco, Antibes, Elan Chalon, Sakarya BB, ASVEL, and many more in different parts of Europe. For your information, Fall is the 2014 NBA undrafted player who later moved to the European side for his further career.

Former Elan Chalon center Moustapha Fall is also an essential player on the French baseball team. He has contributed to various international competi0n, including the 2020 Tokyo Olympics and the 2022 Euro Basket. Moreover, Fall is among the strongest and most highly professional basketball players on the European side.

How Much Is Olympiacos Center Moustapha Fall's Net Worth?

Currently, Moustapha Fall is competing in the top basketball league in Europe. So playing in such a top-tier league must have netted him a handsome amount of money. Digging online, we could not find any details on his salary, so it's under review. However, the average player in his team makes an annual from $400,000 to $800,000. More, top players make a million as well. As of 2022, his approximate net worth equals $5 Million, including all his assets.

Moreover, Moustapha is one of the players with massive fan followings on his Instagram, and he optimally utilizes it to generate income. Like other players, he also welcomes money, promoting several brands' products on his social domain.

The 30-year-old basketball centre Moustapha Fall is in a romantic relationship with the girl he shared photographs on his Instagram handle @mousta[hafall10. He is very confidential about her identity and profession. More, their dating date also remains a mystery for now. Not to mention, lovebirds are very fond of traveling. 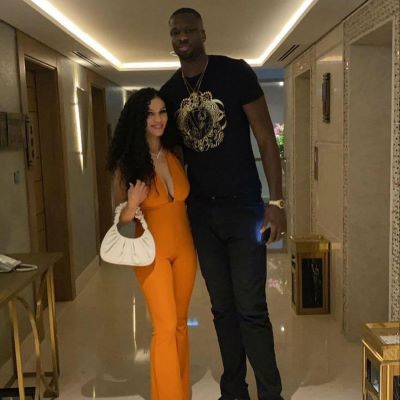 We can their several traveling photos on his Instagram feed. You may stay tuned to his media platforms to learn more about his girlfriend.

Moustapha Fall, the tall and muscular built basketball, is one of the tallest European basketball players peaking his height at 7 feet 2 inches or 2.18m. His impressive height has become a plus point in his profession. Moreover, he was born with a dark skin complexion, short curly hair, and black eyes. Further, he follows a strict gym schedule routine.

Know More About His Family Matter

2014 NBA undrafted player Moustapha Fall is a Paris, France native born on February 23, 1992. He was born under the zodiac sign Pisces. At this time of writing, Fall is 30 years old. The French international is a good secret keeper. So far, he has not flashed anything about his family details, due to which his parent's and siblings' identity remains under the radar. Despite keeping his family information away from the public eye, there is no doubt about his family's contribution to his personal and professional life.

It is to be noted all of his parents are of French nationality and hold their citizenship cards. More, they are devout Muslims and truly follow their ideology and values.

Before appearing on the Eupealnd side Moustapha Fall initially tried for the NBA. Unfortunately, he remained undrafted in the 2014 NBA draft. Along with him, Khem Birch remained in the 2014 NBA Draft. Afterward, he joined the European side and played for more than seven basketball teams. In his career, he has won several honors and trophies: 2X French League champion, French Cup Winner, Greek Cup Winner, and many more. 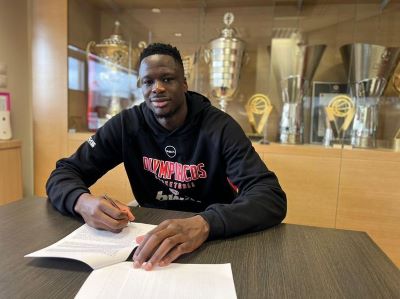 Also, for his nation, also he contributed to winning the Silver medal in the 2020 Tokyo Summer Olympics and 2022 EuroBasket.