French-born basketballer, Rudy Gobert currently plays for the Utah Jazz in the NBA. The 25-year basketballer has made the world amazed by his successful career in a short period of time. Also, the member of French National Basketball Team, besides his career achievement, got the limelight for his massive contract worth $102 with the Jazz.

Well, currently Rudy is estimated to be enjoying the net worth of $12 million. Then how much salary, Rudy earns? Let's quench the thirst of your curiosity with the information of Rudy's net worth, salary, properties, and career achievements.

Net Worth and Salary of Rudy Gobert

Well, Rudy who plays in the center position for the Utah Jazz has got millions of dollars fortune from the team. As of 2017, with the salary of $21.2 million and endorsement deals, Rudy Gobert's net worth was reported to be $12 million, however, as of 2018, it's still under review.

Initially, Rudy Gobert played for the Cholet Basket from 2010 to 2013, then after being selected in the 2013 NBA draft by Utah Jazz, Rudy signed a 2-year contract worth $2.2 million, earning him the annual salary of $1.1 million. 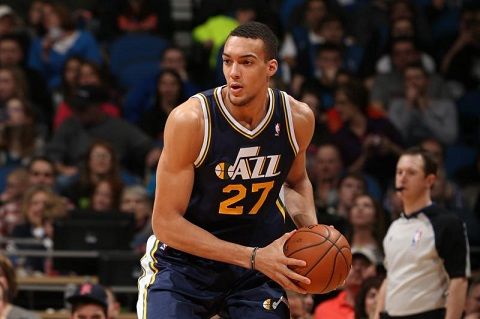 Talking about his endorsement deals, unlike other NBA stars like LeBron James and Al Horford, Rudy has not got lucrative endorsements. Reportedly, he was active in the promotion of NBA 2K17 though, probably a he gets a good sum of money for that.

Many of us have heard of NBA players paying fines, and Rudy seems not to be far from it. On February 26, 2017, he was fined $25,000 for making contact with the ref during the game against Milwaukee Bucks.

After a year of signing a lucrative deal with Utah Jazz, Rudy bought a house in Salt Lake City, Utah, in 2017. The purchase price of the 11,000 Sq. ft property is reported to be $3.9 million. 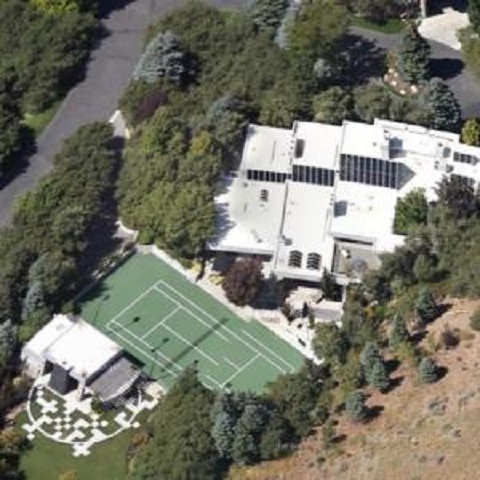 And talking about cars, Rudy kept the detail of his cars undisclosed, however, his Range Rover Evoque came in the highlights after his Jazz teammates did a pop-corn prank on him. Really? Have a look at the video for the confirmation.

Well, the price of his Range Rover is around $50,000. Though his other property detail is not disclosed, probably it will be out in near future.

After declaring his motive for the 2013 NBA draft, Rudy in 2013, set the NBA Draft Combine record for wingspan (7 feet 8½ inches) and standing reach (9 feet 7 inches), however, it was broken a year later by Walter Tavares.

However, the prominent player even after these years has not any big awards, though he is not far from honors. In 2017, Rudy was named in the All-NBA Second Team, followed by his honor of NBA All-Defensive First Team. Also, Rudy was the NBA Blocks Leader in the 2016–17 season.

Rudy averaged 4.1 points per game in the 2014 FIFA Basketball World Cup, leading the French National Team to get the hands-on bronze medal, the same resulted in European Championships. Also playing for France in 5 games in the Rio Olympics in 2016, Rudy recorded 5.7 points as well as 7.2 boards and 1.8 blocks per outing.

Let's wish him best and wait to see more miracles of the French basketballer.