Roy Allen Williams, better known as Roy Williams is a professional college basketball coach currently working for the North Carolina Tar Heels. Earlier, he served at Kansas (1988-2003), and as an assistant coach for North Carolina (1978-1988) as well as for Charles D. Owen HS from 1973-1978.

Marion, North Carolina native, Roy William, was born on 1st August 1950, under the star sign Leo. By nationality, he is an American who came from a white ethnic background.

Roy Williams is a indeed wealthy person who has a jaw-dropping net worth of $12 million as of 2020. Ranked 8th at 2020 NCAAN Highest-paid Coach, he has an annual school pay of $2.3 million and total pay of $4.1 million from North Carolina. In the list, John Calipari, Mike Krzyzewski, and Mick Cronin hit the 1st, 2nd, and 3rd positions respectively. 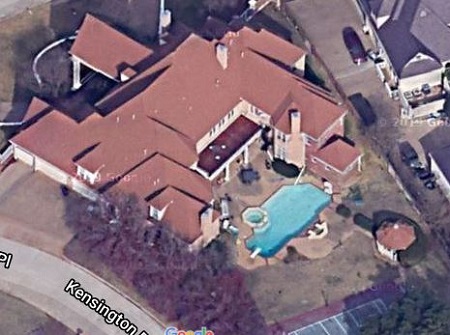 Further, he owns a million-dollar house at Chapel Hill, North Carolina. Also, he has a mansion at Colleyville, Texas (TX).

Roy William is married to Wanda. His wife is a 1972 Carolina graduate. Most probably, the couple might have met for the first time at Carolina University. 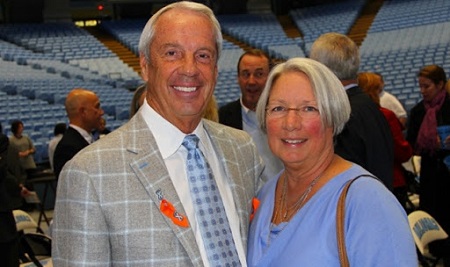 The couple shares two children: a son, Scott, and a daughter, Kimberly, as well as three grandsons. Furthermore, Scott holds a business degree from UNC who played point guard for the Tar Heels in 1997–98 and 1998–99. Whereas, Kimberly is a former UNC dancer in 2000 and 2001 and owned The Dance Spot in Huntersville.

Willian spent his early years in the small western North Carolina towns of Marion and Spruce Pine nd later relocated to nearby Asheville, with his family where he grew up. While pursuing his high school education at T. C. Roberson High School in Asheville, North Carolina, Williams lettered in basketball and baseball all four years.

Upon graduation, he enrolled at the University of North Carolina at Chapel Hill where he studied the game under coach Dean Smith.