Rodney Peete is a former National Football League(NFL), player who retired from his NFL career in 2004. He last played for the Carolina Panthers and spent 16 years in his NFL career playing as a quarterback. Currently, he is in his broadcasting career with the FOX Sports Network.

The recipient of NCAA Silver Anniversary Award in 2014, Peete is married and has four kids. The detailed information about his personal life and career earnings is discussed below.

Rodney Peete Net worth in 2019; Sources of his Income

Rodney Peete made a decent amount of money from his NFL career. Besides, he is currently pursuing his broadcasting career and is receiving a nice amount of salary from it as well.

Peete's net worth is estimated above $5 million as of 2019. As per some of the sources, broadcasters at FOX Sports Networks salary ranges between  $48,123 - $52,229. The salary range can be increased as per the experience level and Rodney is estimated to be earning $50,000 annually as his salary.

During his playing career, he was one of the lowest paid starters with the base salary of $90,000.

In addition, his wife is also a famous actress who has made a lot of money from her acting and singing career. Peete's wife Holly Robinson Peete's net worth is estimated to be around $5 million. Besides their cash earnings, they also have some personal assets. 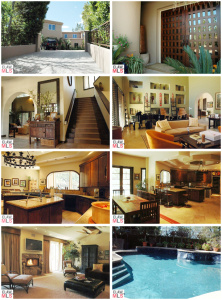 Furthermore, there aren't any details regarding his other assets and sponsorships.

Rodney Peete and Holly Married Life; Do they have Children?

Rodney Peete is married to his lovely and gorgeous girlfriend Holly Robinson Peete since June 10, 1995. The wedding ceremony was held in front of family and friends in Brentwood, California. The couple got married after being in an affair for a very long time. 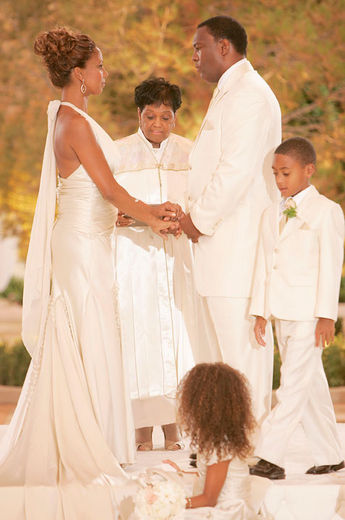 Rodney and Holly met in a mutual friends party in the 1990s and since then they have been dating each other and Rodney proposed her during a sitcom set. Rodney's wife Holly has mentioned that they had a lot of fun including traveling, sex in the kitchen, etc. before the birth of their children.

Peete and his spouse welcomed their twin sons Ryan and Rodney Jr in 1997. Later on, their third child Robinson was born in 2002 and the fourth one Roman in 2005. Rodney is enjoying his married life with his wife since the couple was together for over two decades and still, there are no signs of separation. 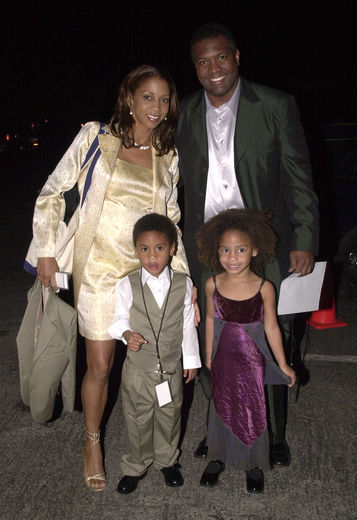 Peete has mentioned the secret of their relationship in an interview saying “It’s about having trust and respect for one another, it’s laying out the ground rules before we got married,” So far there aren't any reports of their past affairs.

Rodney's wife is a famous American actress and a singer. She has appeared in several movies and TV shows including Judy Hoffs.

Rodney and his wife Holly recently celebrate their 24th marriage anniversary on June 10. His wife Holly posted a photo of their wedding on Instagram and wished her husband on the occasion with a beautiful caption:

Rodney Peete was born to parents Willie Peete and Edna Peete on March 16, 1966, in Mesa, Arizona. He holds an American nationality and belongs to the mixed ethnic group. His father and brother Skip Peete were also in the NFL career.

Do you want to know about sportscaster Rich Waltz?

Rodney Peete was a former football player who played in the National Football League for over 16 precious years and is currently in a broadcasting career.

After ending his college career, Rodney Peete entered the NFL Draft in 1989 and was selected by the  Detroit Lions in the 141st pick. He started to play in the position of quarterback and he played alongside some of the famous players of that time including Andre Ware.

In addition to this, he also played for several other NFL teams like Dallas Cowboys, Oakland Raiders, Washington Redskins, and Philadelphia Eagles. He got retired from the football career in 2004.

Peete started his broadcasting career with the Fox Sports Network as their host of the talk show. He hosted The Best Damn Sports Show Period alongside  Chris Rose and  John Salley. He also co-hosted the Hallmark Kitten Bowl.