Robin Lod is a Finnish professional football player who plays as an attacking midfielder for an MLS team, Minnesota United, and the Finland national team. He was an integral member of the Finnish club, HJK Helsinki between 2012 and 2015 that saw them winning the top flight Finnish tournament, Veikkausliiga (2012, 2013, 2014), Finnish Cup (2014), and Finnish League Cup (2015).

Lod was born on April 17, 1993, in Helsinki, Finland. He trained with the youth facilities of SUMU and HJK from 1998 to 2011. He made his international debut for Finland in October 2013 and since has made 42 appearances and 4 goals.

Lod began his senior career with Klubi 04 in 2011. Playing in 34 of their matches, he scored 16 goals after which he was promoted to HJK's A-side and made his debut for the capital team on October 22, 2011, in a 4-1 home win against MYPQ. Amidst the 2012 season, he was loaned out to VPS, a fellow Finnish team based in Vaasa.

After the 2014 season, he was named as Player of the Year for Veikkausliiga in addition to being selected as the year's best midfielder. In total, the Helsinki-born playmaker featured in 120 games for HJK and netted 21 goals, while contributing 17 assists. On May 6, 2015, Lod signed with the Greek team, Panathinaikos on a three-year contract making his debut against Xanthi.

During his three-year stay with the Shamrock, he contributed his presence in 75 matches and found the net on 12 instances. After his contract ended with Panathinaikos on June 30, 2018, he moved to the Spanish team, Sporting de Gijon.

After featuring in 23 of their games with four goals scored, Lod started to play for Major League Soccer competitor, Minnesota United. Active since 2019, he has made 9 goals scored in 35 appearances.

How much is Robin Lod's Salary? (Career Earnings and Net Worth)

Being an MLS player typically takes you through an average reported salary of $345,000 a year with the minimum payment being at $36,500 for players below 25; $48,000 if he is older than 25. Lod has been considered a designated player since the beginning of his MLS journey; meaning someone who makes over $612,000 a year. 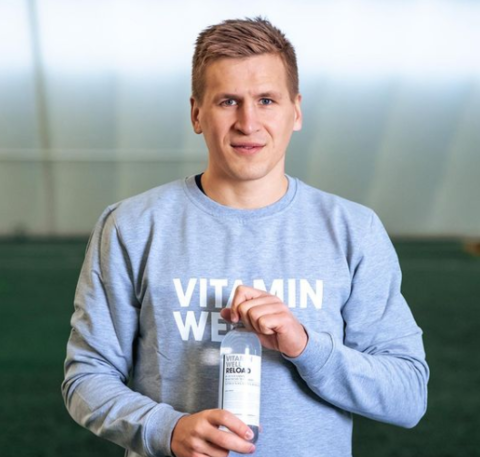 His recorded combined salaries since 2014 have reached over $2.4 million, reports the Global Sports Salary Report. For the season 2019-20, he reportedly pocketed a gross income of around $879,000. He likewise was told of making gains worth about half a million dollars at the end of the 2018-19 season with Sporting Gijon. With Panathinaikos, he allegedly earned total wages on par with an amount little over $680,000.

Lod's paycheck during his spell with Helsingin Jalkapalloklubi was totaled around $70,000. The Finnish midfielder is well awaited to hit beyond $3 million in career salaries by the end of his existing contract with Minnesota United on December 31, 2022. While his total compensation including bonuses is yet to be disclosed, his net worth has been to best assumed at around $1 million.

The former Panathinaikos striker is married to his wife, Janni Julia Lod. With Julia, the Loons' number nine shares a daughter, Louisa, born July 22, 2020. He tied the knot with Julia on June 17, 2017. Before that, they were dating for six years. 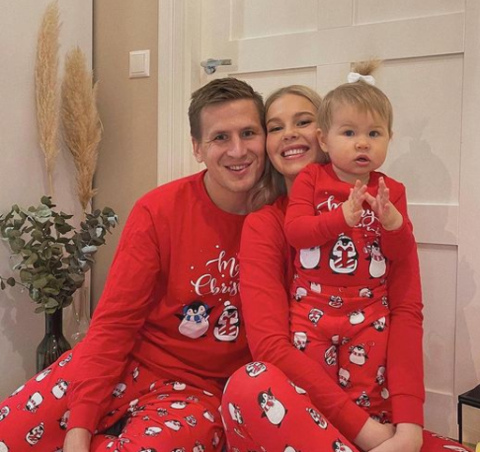 Robin Lod with his wife and daughter SOURCE: Instagram

Lod himself disclosed his union with his wife through his Instagram account on several incidents. On the third anniversary of their union, the Scandinavian footballer shared what seemed to be a picture of his wedding day with Julia.

The 28-year-old subtitled the snap with a quote, "9 years together and 3 years married with this amazing woman. Happy Anniversary babe." The couple got engaged in April 2016 during their holiday in Santorini, Greece. The Lod couple had their big day at Wanha Backby Oy, a wedding venue based in Vantaa, Finland.