Richard Torrez Jr. is a famous American boxer who is part of the American boxing team representing in Olympic Games Tokyo 2020. Torrez beat the 2011 All-Africa games gold winner Bouloudinats Chouaib in the Men's Super Heavyweight Round of 16 to advance to the quarters.

The left-handed boxing talent is considered to be the USA's newest hope in closing the years of the drought of gold medals in Men's super heavyweight category i.e. +91 kg.

Richard Torrez Jr. was born on June 1, 1999, in California, USA. Torrez Jr. is the son of Kimberly Torrez and Richard Torrez Sr. who is also the former boxer by profession. Torrez Sr. was part of the impressive 1984 boxing team of the USA including Tyrell Biggs, the last American to win gold in weight class in the Olympics. 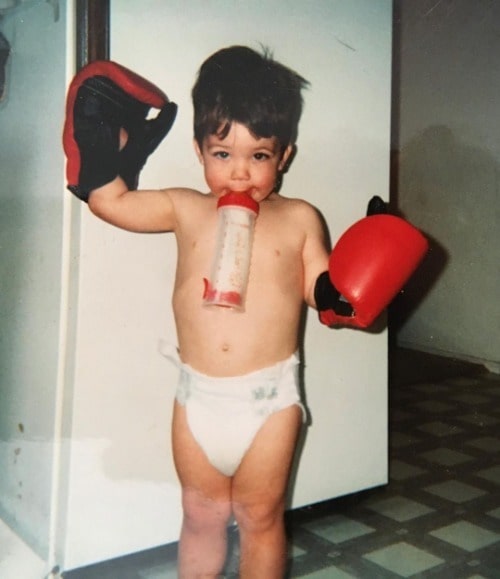 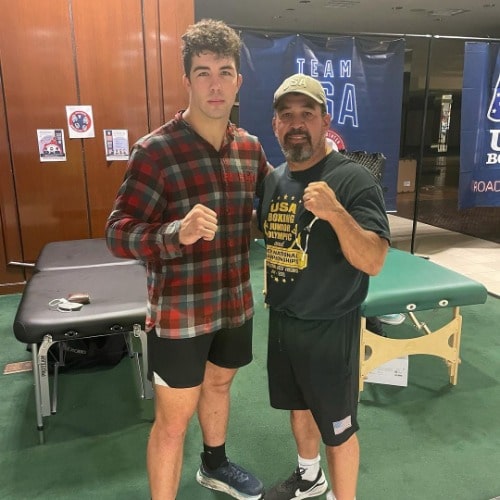 Richard's grandfather's name is Manuel Torrez, who is also the former Southwestern United States Golden Gloves champion. From early childhood, Richard Jr. trained with his father in Tulare Athletic Boxing Club which was opened by Manuel Torrez in 1945.

No doubt, the boxing thing was in the gene of Torrez Jr.

The current US boxing team captain was inspired by his dad to play boxing and he had his first match in the ring at the age of 8 years old. At 10, he won his first national tournament. Since then, he never had to look back and went on winning different tournaments.

Fact: As of 2021, Richard Jr is the number 3 ranked super heavyweight champion in the world.

His greatest achievements till now are a Golden Gloves national title in 2017, a bronze medalist in the 2019 Pan-American Games, and nine times national championships.

In addition, he is also a 2016 Youth World Championship bronze medalist. And in 2020, the captain became the first boxer to advance to the quarterfinals in super heavyweight of US since 2004.

How much is Richard Torrez Jr's Net worth?

According to peopleai, the net worth of the boxer is 3 million. But it is not confirmed yet. But after the Olympics, with this talent, we can estimate that his value will increase. 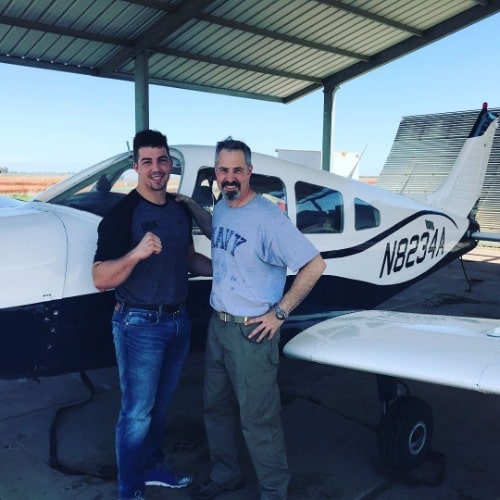 Though he doesn't seem to have a luxurious lifestyle, he still spends well on himself and has a decent family background.

Who is Richard Jr dating? Know about his Girlfriends and Affairs

Coming about love life, the Olympic quarterfinalist is very much private. He has never shared anything about his relationship and love affairs. But he is very close with his family and often shares photos showing love, care, and respect with his beloved ones i.e. family members, especially father and friends.

He just reached 22 years old in 2021, so he must be focused on his career and on bringing the gold to the United States.

It seems, the Olympic boxer fans must wait for him to make public about his romantic relations with his partner or wife and their marriage.

Besides boxing, he is also a dog lover and has a golden retriever named Dempsey. And he is also fond of playing guitar and we can see him playing with guitar and ukelele on his Instagram. 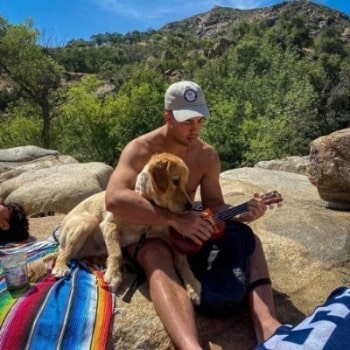 The nine-time national champion is most active on Instagram and usually likes to share his workout videos and boxing clips in his videos. Besides that, he shares videos of him with his father, playing with guitar and his dog mostly on social media.