The resident of Toronto, Ontario, Canada, Renee Jane Paquette, reportedly earns around $300k, as her yearly salary from the network, and as of 2018, she reportedly has an estimated net worth of over $6 million. She is currently married to her longtime boyfriend Dean Ambrose. They do not have any children.

At an early age she began training in improvisational comedy in her hometown and at age 19 she shifted to Los Angeles, California to become a comedic actress. But she moved back to Toronto and try to get a role in films, music videos, and commercials.

On 2009 Renee Presented a show for The Score Television Network named Right After Wrestling which later was renamed Aftermath. She presented this show along with other presenters like Arda Ocal, Mauro Ranallo and former WWE referee Jimmy Korderas.

She selected a new ring name for herself ‘Renee Young’ after she signed the contract with the WWE in October 2012. After that on 29th March 2013, in the episode of SmackDown, she made her on-screen debut and interviewed Randy Orton, Sheamus, and Big Show.

Young had also taken exclusive interviews for WWE Active since February 2013 and also hosted 2012 Survivor Series pre-show with Scott Stanford. She made her first debut as a backstage interviewer on the episode of NXT on January 23, 2013.

She also co-hosted the World Tour Segments which promotes various tourist attraction and was shown on YouTube and WWE.com which was canceled in June 2015 but the show was able to bag Slammy Award for Favorite Web Show of the Year. She was also working for WWE Vintage Collection with Mean Gene Okerlund of Hall of Fame.

Reene started hosting her own show from April 2015 which was titled Unfiltered with Renee Young and in that show she interviewed WWE Employees and it was aired on WWE Network. She also worked as the co-host of the sixth season of Tough Enough with Chris Jericho in June.

Renee Paquette Net worth and Salary

The Canadian sportscaster/anchor Renee Jane Paquette has an estimated net worth of $6 million. As of 2018, the reporter receives an annual salary of $300k from her successful reporting career with WWE.

Renee dated WWE superstar Dean Ambrose from 2015 and finally got married on April 9, 2017. Renee disclosed her going out to events with her dad and being backstage and meeting wrestlers like Stone Cold Steve Austin, Trish Stratus, Triple H, and Chyna. Further, she feels lucky to have a wrestling superstar as her husband. 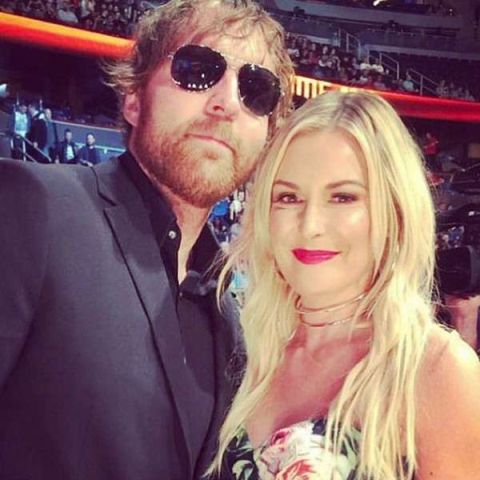 During her episode of SmackDown, she slapped Intercontinental Champion The Miz when he revealed the relation about Reene and Dean Ambrose to her.