Rayshaun Hammonds is an American basketball player who played for Georgia Bulldogs of the Southeastern Conference (SEC). Coming out of Norcross High School, he was rated a four-star prospect in the class of 2017 by recruiting websites such as 247 Sports, ESPN, and Rivals.

Hammonds was born on 10 November 1998 under the star sign Scorpio.  He was born to parents Tifphanie Hammonds and Jermaine Blount in Augusta, Georgia.

How much is Rayshaun Hammonds Projected to Earn after NBA Draft?

The Forward for the Bulldogs announced on 27 March 2020 to declare for the 2020 NBA draft. As the prospect's late entry of the draft announcement, he is not ranked by any recruiting websites. Even though not on the ranking list, he is the second-highest scorer in the Bulldogs behind Anthony Edwards who might be the #1 overall pick in the 2020 NBA draft. 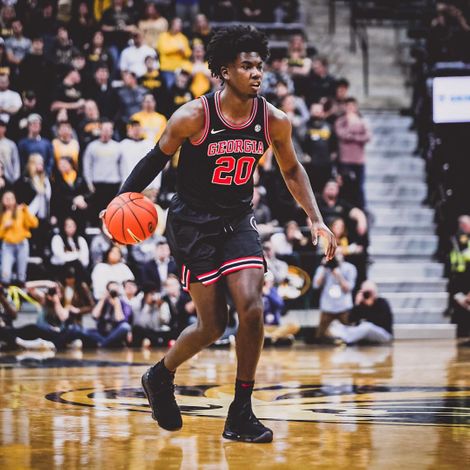 Wearing the #20 jersey for the Bulldogs SOURCE: [email protected]

As the numbers suggest, he is one of the best players in the draft behind Anthony who will probably end up in the top 30 picks of the draft. His projected salary according to the estimates will definitely be over a millions dollars which extends upto $8 millions according to the overall pick.

As of his previous season playing for the Bulldogs, he has not accumulated any income from his collegiate year as it is against the NCAA rules. The players do however receive bonuses and incentives such as scholarships and Insurance for playing in the Division I League.  These grant-aid helps the player focus on developing their ability in the game. The forward received $23,971 in scholarship alone and many other benefits from Georgia State University.

Rayshaun Hammonds to Test the Draft Water at 2020 NBA Draft

Like Xavier Tillman Sr. and Isaac Okoro, Hammonds will also not be recruiting an agent and will be testing the draft waters at the 2020 NBA draft. He shared his thoughts on his twitter post

" First I would like to thank God for blessing me with this opportunity. I would also like to thank the University of Georgia for these past three years of my career. It has been fun being a Bulldawg. To my coaching staff, teammates, family, and friends thank you for supporting me along the way. That being said, I will be entering the 2020 NBA draft while maintaining eligibility. Thank you all for your support and GO DAWGS"

No. 20 for the Bulldogs, Hammond, can resume his senior year with the Bulldogs if he wishes to return after the draft.

Rayshaun Hammonds Girlfriend: who is he Dating?

The 6 ft 9 in hunk is fairly private about his personal matter and has not spoken to any media regarding his personal matter including his girlfriend. Scrolling through his Instagram, he does not seem to be in any relationship at the moment. It might be safe to assume that he is still single without any controversies or affairs. There is one woman in his life whom he adores and that is her mother. 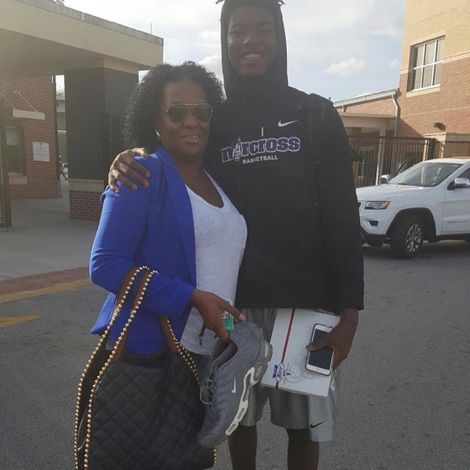 The soon to be professional might be staying focused and not looking into relationships at the moment because of the upcoming draft. If he goes on to be drafted in the NBA, he will definitely receive worldwide attention where he might find someone that might potentially be Mrs, Hammond.

As a junior in the Bulldogs, he averaged 12.9 points, 7.4 Rebounds, 1.5 Assists, and 0.8 steals per game. He was one of the two along with Anthony Edwards to start in all 32 games. He has scored back-to-back 26-point performances against Delaware State and Georgia Tech.

Prior to his Bulldogs, he played for the Norcross high school where he averaged 17.5 points, 11.0 rebound, 1.7 assists, and 1.3 steals per game. He was named first-team All-State by the Journal-Constitution as both a junior and a senior.