Rayan Cherki is a professional footballer who plays as an attacking midfielder for Olympique Lyonnais and the French national team. The 18-year-old football prodigy is one of France's best prospects who can also play as a winger.

Rayan started playing for Saint-Priest as a youth player, and he now plays for his hometown club, Lyon. He started his professional football journey on 7 July 2019 when he signed for Lyon.

Mathis Rayan Cherki was born on August 17, 2003, in Lyon, France. He was born to a couple of Italian and Algerian descent. Rayan's father was originally from Italy, whereas his mother was of Algerian descent. He kind of got exposure to two nations' cultures. Mathis is 5 feet 9 inches tall and weighs around 71 kg. The 18-year-old midfielder wears #18 for the club. He is incredibly skilled and famous for his footwork and attacking ability. Cherki has impressed everyone in Lyon and the French U20s camp.

Real Madrid has been the dream club of many youngsters from around the world. From Vinicius Junior to Eden Hazard, the Royal Whites have been players' favorite. Rayan Cherki is no different. In a recent interview, Rayan has clarified that Real Madrid is his dream club. He will not turn down the offer of playing for the Los Blancos if he gets the chance. 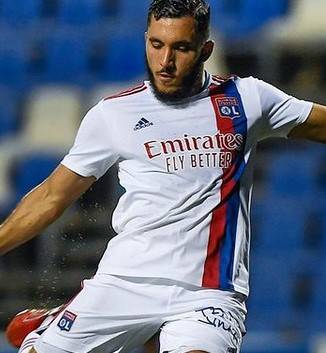 Real Madrid just signed Camavinga from Rennes a few days back. He is a French youngster destined to be a generational talent. Rayan is linked to a potential Real Madrid move. But, according to reports, Madrid is ready to splash cash only on Kylian Mbappe and Erling Haaland at the moment. You never know; Cherki might play for Real Madrid a few seasons after.

Karim Benzema also started his career with Olympique Lyonnais. Now, he plays football for the best club in the world- Real Madrid. You may see a Karim Benzema 2.0 in the form of Rayan Cherki. The 18-year-old French star quite is on the same path as the Hazi Benzema. Florentino Perez, the president of Real Madrid, has a great love for talented French players. From Zidane, Karim Benzema to Ferland Mendy, you may see Rayan Cherki in a Royal White shirt anytime soon. Zidane is also of Algerian descent. We have got a thing in common here.

Rayan has been one of the talented young prospects in Ligue 1. Rayan Cherki's FIFA 21 Overall rating is 67. He has 75 acceleration and 71 sprint speed. Cherki has a physicality score of 58, making him a good physical player.  Rayan Cherki's potential is 88, and it is seen through his monstrous performances every single time. 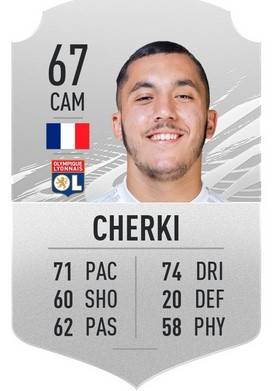 Rayan has a five stars skill rating, and his agility is 82.  The 5 feet 9 inches tall star is a great dribbler of the ball with a dribbling score of 81. It is considered a great skill rating for a player who has just started his top-flight journey.

Rayan is a well-built guy and one of the most handsome players in Ligue 1. The cool mustache with a faded hairstyle attracts the eyes of ladies all around the world. However, Cherki is single and completely focused on football at the moment. He goes on holiday with his friends and teammates. 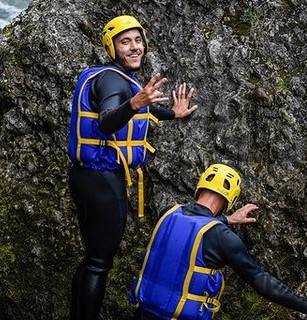 The 18-year-old Lyon midfielder is not seen with any girls. But, you may see many comments from ladies on his social media. There are no reports about Rayan Cherki's girlfriend anywhere.  He likes to keep his personal life private. He may have a girlfriend, but nobody knows the fact that he might have one.

Rayan started his football career as a youth player from Saint-Priest and later played for Olympique Lyonnais youth team. He signed his first professional contract for Lyon on 7 July 2019 until 2022. He made his professional debut in October 2019 against Dijon. 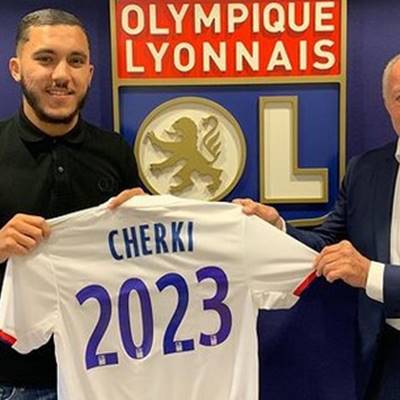 Rayan Cherki extending his contract with the Olympique Lyonnais until 2023 SOURCE: Instagram @rayan_cherki

Rayen has a good relationship with Lyon President Jean-Michael Aulas. He signed a contract with the club to stay until 2023. This contract guarantees an increase in salary upto $2 million with add ons.

Currently, Rayan Cherki's market value is at $30 million. He earns around $1.5 million yearly from football only. He is endorsed by Adidas football that pays him a handsome amount of money. He participates in the company's promotion campaigns for which he gets a decent sum of money. 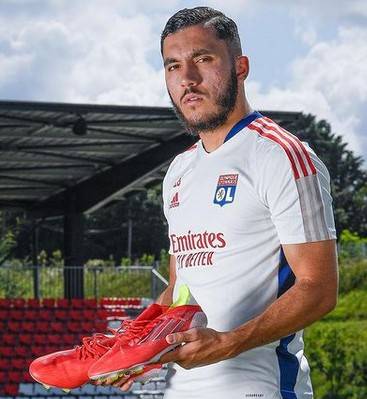 Cherki also does freelance modeling for many modeling agencies. The handsome football star is the crush of many girls, and with his charm, he makes everyone go head over heels for him. Rayan Cherki has also been listed in Volume XI of the Scouted Football Handbook collection. 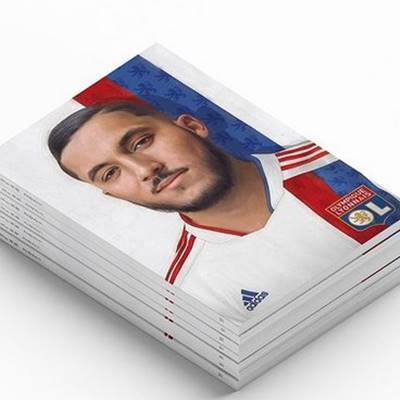 All in all, the net worth of Rayan Cherki is around $2 million - $3 million.

Rayan has been playing in the French top-flight for more than three years already. He has made his presence felt in Ligue 1 with magnificent performances. The 18-year-old French star has played in forty-five senior matches for Lyon bagging six goals already. Rayan Cherki celebrating his goal against Monaco with a SOURCE: Instagram @rayan_cherki

To know more about your favorite players, Visit Playerswiki.