Rederick Hampton Jr. a.k.a. R.J. Hampton is an American basketball player who most recently played for the New Zealand Breakers of the National Basketball League (NBL). Recruited by top NCAA Division I programs but Hampton chose to bypass college and play a season professionally prior to the 2020 NBA draft.

Dallas, Texas native, R.J. Hampton was born on 7th February 2001, under the star sign Aquarius. The nineteen years holds an American nationality and belongs to the Afro-American ethnic background.

R.J. Hampton's Contract and Projected Salary after the 2020 NBA Draft

R.J. Hampton is a new face in the professional basketball field who is yet to make big. He last played a season for the NBL side, New Zealand Breakers. The only real con regarding the NBL is the lack of seven-digit deals. In Europe and China elite players can earn in excess of $1 million per season. The NBL has a soft salary cap of $1.1 million per team and each team must have five combined players not making more than $400,000. 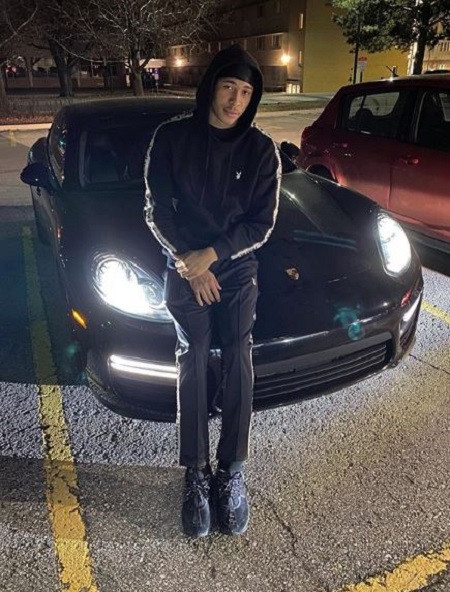 What's more4, he earns some from sponsors deals. Scrolling through his Instagram, he has mentioned he is sponsored by Old Spice. Besides, the basketball player has a pretty lavish lifestyle. He owns few cars including a Porsche.

6 ft 5 in tall, R. J. Hampton who recently declared for his intention for the 2020 NBA Draft, is really focused on his career soley. Picking it as a prime time, the hunk shows no interest in dragging public attention due to his personal life.

Some sites claim he previously dated or at least had one relationship. But, Hampton has zipped his lips on this matter. For now, he is believed to be single.

R.J. Hampton was born to Markita and Rod Hampton, who played college basketball for SMU from 1987 to 1991. Also, his younger brother, Ryan is a amateur basketball player. Further, their grandfather Richard Evans served in the Vietnam war. 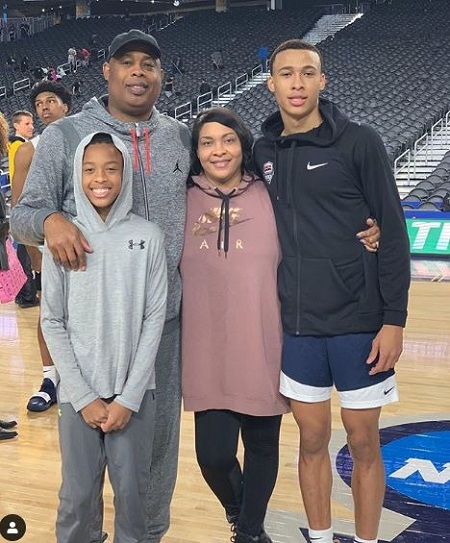 He enrolled at the Little Elm High School, where he played varsity basketball since his freshman. In the 2019 recruiting class, he was a consensus five-star recruit and ranked among the top six roosters.

Preparing For The 2020 NBA Draft

Hampton inked a multi-year contract with the NBL side the New Zealand Breakers on 28th May 2019, with the option to leave for the NBA. Hampton joined the Breakers through the NBL Next Stars program, which aims to develop NBA draft prospects from other countries.

On 4th February 2020, he parted ways with the Breakers and returned to the United States. Young talent such as Deni Avdija, Killian Hayes, and Anthony Edwards are also top prospects for the 2020 NBA Draft.