Quincy Guerrier is a college basketball player who currently plays for the Oregon Ducks of the Pac-12 Conference. He is originally from Canada and plays as a Small forward for the Ducks. During his college days, he was named the Bio-Steel All-Canadian Game MVP in 2018. In his final season at Thetford, he averaged 24.7 points and 6.2 rebounds per game.

Before Oregon, he played for Syracuse Orange. He was named ACC Player of the Week in December after just 6 months after he underwent surgery on torn muscle. In 2021, with an average of 13.7 points per game, he was named in the Third Team All-ACC.

Quincy Guerrier was born on May 13, 1999, in Montreal, Quebec. According to the astrologers, his zodiac sign is Virgo. He was raised by his mother, Saoua Melissa Lemay Nague, and his father Steve Guerrier. His father Steve used to play baseball in Montreal and his mother was a ballet dancer. 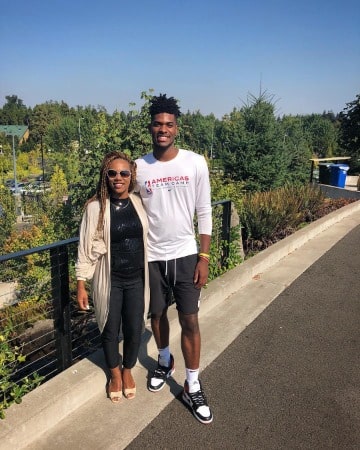 His nationality is Canadian but he was raised along with his other 3 siblings in the United States. As a kid, he used to play soccer and street hockey along with basketball.

Quincy completed his schooling at Thetford Academy and committed to Syracuse despite having offers from Oregon and Illinois. But he was unable to enroll there in January 2019 because of not presenting academic records to NCAA. He later joined in the next semester.

The 2021 Third Team All-ACC has a height of 6 ft 8 inches and currently weighs around 100 kg. He has short black hair and a black eye.

Quincy Guerrier Earnings and Net worth

As per the sources, Quincy Guerrier has an estimated net worth of less than $100,000. He accumulated most of his earnings from participating in different tournaments and prizes and bonuses from it. Also, has a good family background.

Read about:- Jalen Duren's Net worth, Family, and Personal Life 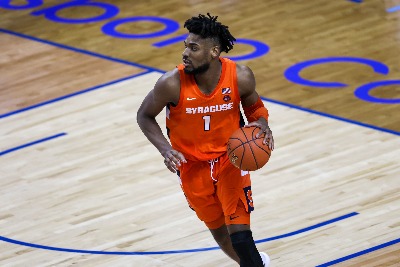 As per the rule of America, college students don't get paid. But college offers scholarships for different factors to the college athletes. It means they cover from 50,000 to 100,000 per year in the form of expenses.

However, the young basketball talent looks promising in having a great career ahead of him with lots of brands and sponsors waiting for him.

Read more:- What is the Net worth of AJ Griffin?

Who is Quincy Dating? Know About His Girlfriend and Relationship Status

According to the athlete's Insta profile, it is sure that Quincy is in a committed relationship with a girl. On October 10, 2020, he shared a cute photo with a girl in a red dress. The couple looked great together. He quoted:

Love & beyond. blessed to share my life with her. 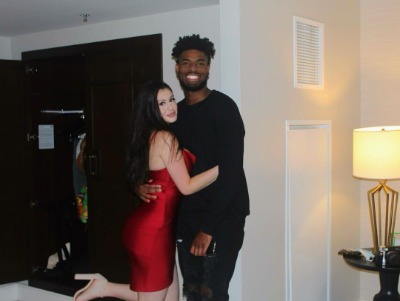 As of 2021, there isn’t any news of the couple getting married and settling their life. The couple hasn’t shared their love life and their future plans with the public. They prefer to make their love life private and out of social media’s reach.

Read about:- Who is Jermaine Samuels Dating? Know About His Girlfriend and Relationship Status

Find him on Social media