Jalen Duren is a rising American high school basketball player who is the number 1 ranked player in the 2022 class as rated by Rivals.com. He went to Montverde Academy in Montverde, Florida for college.

Lately, the young promising athlete's transfer news has absolutely hyped the American basketball world. Duren has been the most physically dominant full-time scorer in the toughest league and accomplished everything for his age.

The dominant force of Montverde Academy is a complete package of leadership, athleticism, scoring, rebounding, everything any team asks for, and of course sportsmanship.

Who is Jalen? (Childhood and Bio)

Jalen Duren was born on November 18, 2003, in Newcastle Delaware, a county that is 6 miles away from the south of Wilmington. He is of American nationality and African American ethnicity.

The young talent went to Roman Catholic for his sophomore year but later transferred to Montverde Academy to complete his high school.

As of 2021, Duren is just 17 years old but he very well utilizes his body height of 6ft 10 inches and 104 kg weight to dominate any opponent he faces.

The rising of future NBA star

Jalen currently lives in New Castle, the USA where he was born and his mother's name is Aneisea Hudgins. Aneisea used to work at a non-profit organization in Philadelphia which may be the sole reason for Jalen to attend Roman Catholic High School in Philadelphia in his sophomore year.

Jalen has never talked about who his father is and what he does. Once in an interview, he said he has a couple of siblings on both mom and dad's side. But all other information about his family is under the radar. 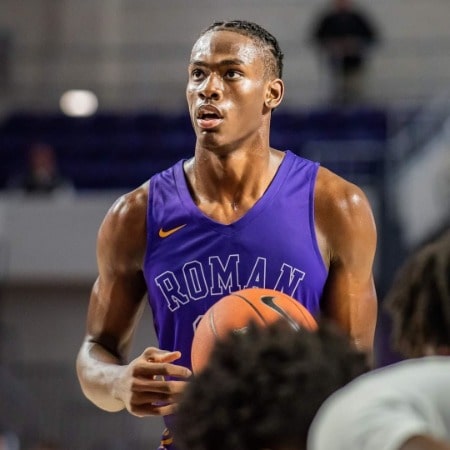 As a kid, the young giant tried different sports before choosing basketball as his main sport. He was an enthusiastic kid who tried sports like football, basketball, baseball, etc but he fell in love with basketball.

While he was in Roman Catholic Schol, he averaged 12.8 points and 9.3 rebounds per game leading the team to their second Philadelphia Catholic League title

One fact about Jalen is that he was about 6ft 8 inches while he was in 8th grade.

The estimated net worth of Jalen Duren is approximately $1.5 million. His main source of income is from basketball and other facilities. But there is no source claiming the market value of Jalen's since there is no provision of paying college students in the US.

It seems Duren is early in his career but the talent he got is already attracting sponsors and offers from brands. As of 2021, he is not a partner with any brands as he is just graduating from high school.

Who is Jalen Duren dating?

The young NBA Star is very successful in keeping his personal life away from media-rich. He is active on Instagram but has never shared moments with any girls or love affairs in his social media account. It seems like Jalen prefers his love life behind the camera.

Or, it may be that Jalen is enjoying his single life and focusing more on his career rather than on having relationships. But, with such a great talent, and a great physique, it is no doubt that he may be the crush of many young girls out there.

After having a blast high school season with Montverde Academy, he is in the eye of many universities offering him a scholarship. He is even considered to be the best true post in his class. 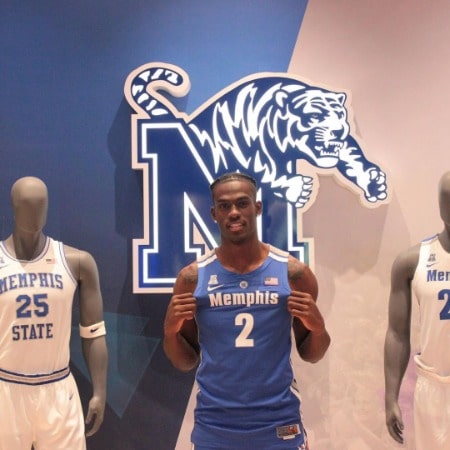 Recently the number one ranked high school basketball player made news after shortlisting the top 5 universities he prefers naming Kentucky, Miami, G League, Memphis, and NBL. All eyes are on the future NBA star and which he prefers to play.