Gossip What Properties Does Footballer, Kylian Mbappé Owns? His Net Worth, Salary, and Endorsement

What Properties Does Footballer, Kylian Mbappé Owns? His Net Worth, Salary, and Endorsement

Famed and creating the highlights at a young age, the 19-year-old French professional footballer Kylian Mbappe currently plays for Paris-Saint Germain on loan from Monaco, a Ligue 1 club. The devastatingly skilled young footballer, besides earning a huge fame, also enjoys the lucrative deals and jaw-dropping salary.

Well, officially the part of the French National Team, Kylian made his International debut in the 2018 FIFA World Cup in the qualifiers. Currently, Kylian valued in the market for $150 million, is estimated to be enjoying the net worth of $10 million. Let's know more about Kylian's salary, properties, net worth, and endorsements.

Net Worth and Salary of Kylian Mbappe

Mbappe, currently playing for the richest football club, Paris-Saint Germain (PSG) with jersey number 29, has earned his career highest salary in the team. By the end of 2017, his net worth was reported to be around $10 million. Sadly, the net worth of Kylian as of 2018 is under review.

The young footballer Mbappe, who is dating his girlfriend Alicia Aylies, initially played in the youth team of Monaco making his debut on December 2, 2015. Then after getting transferred to the senior team, Kylian scored his career first hattrick on December 14,  2016, in the match against Stade Rennais in the Coupe de la Ligue.

Though the salary and contract detail of Kylian Mbappe with Monaco is not revealed, reportedly in 2016, his market value was $314,000. 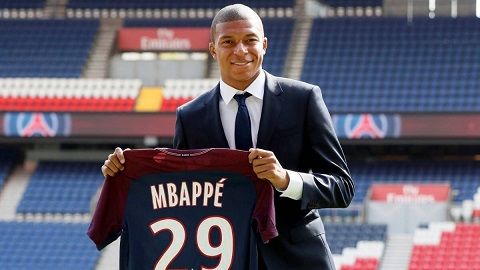 Being on the wishlist of many other Spanish, English teams, Kylain got the lucrative offer from the French team Paris-Saint-Germain(PSG). However, the terms with Monaco didn't get successful to sign Kylian, resulting in his loan transfer to PSG.

Kylian's deal with PSG reportedly earned him $19.23 million. Let's see what comes to be Kylian's next move after the end of the loan.

With the growing publicity, Kylian has got hands over the massive endorsement deal as well. Following the praise for his impressive play by the Madrid's Sergio Ramos, Kylian Mbappe signed a major endorsement deal with the biggest sportswear company Nike in July 2017. 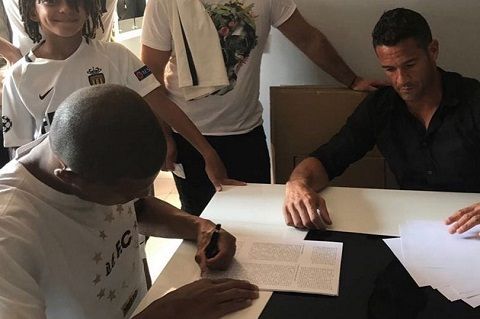 Though the deal amount is not disclosed, probably, Kylian earns a good sum of money from Nike.

Even though Kylian has not disclosed much about his properties, we do have the information of some. Well, before getting signed to PSG, Kylian Mbappe, worth millions had made the lease deal on a house in Monaco in July 2017. The house near the training center of his team in Monaco's worth is not disclosed, but after earning millions from PSG, probably he bought the house.

Reportedly, the house got the nice visit of Arsenal's manager Arsene Wenger to sign him. However, Kylian Mbappe turned down the offer. Well, Real Madrid's Zinedine Zidane was also reported to be in contact, later Kylian took the deal of PSG to head on to his home country.

Luxury cars! we all love it and it seems Kylian is very much fond of it. Kylian's car collection includes Ferrari, Mercedez Benz, Audi, BMW and a Range Rover. Wow! 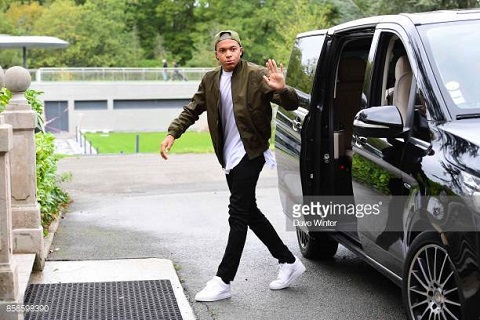 The total worth of Kyliann Mbappe's cars is estimated to be around $890,000.

Kylian Mbappe is indeed one of the prominent players from France. In his 3 years of playing career, Kylian has made the record of 33 club goals and 8 International goals. Besides his successful club career, Kylian also made the international attempts too.

Let's see some of his incredible goals.

Currently, the member of the French National Team, Kylian led the  U-29 National team victorious in the
UEFA European Under-19 Championship in 2016. Having played in the qualifiers match for France for the 2018 FIFA World Cup, Kylain was regarded as the Golden Boy in 2017.

His other honors and awards include:

Really that's a good achievement in a short period of time. We wish Kylain best for further.