Pilar Rubio is a famous Spanish reporter and TV Presenter. Pilar rose to fame after covering events for the program Sé lo que hicisteis. The multi-talented reporter is also known as the wife of a Spanish professional footballer, Sergio Ramos.

Pilar Rubio was born as Pilar Rubio Fernandez on March 17, 1978, in Torrejon de Ardoz, Spain. Pilar is among the three children born to Manuel Rubio and his wife, Pilar Fernandez. She has a sister named Esther Rubio Madrid and a brother named Alberto Rubio. Nothing much about her parent's profession is known to the media. Pilar started her University with a Major in Economics but dropped shortly.

Sergio Ramos' Wife Pilar Rubio; Do they have Children?

Pilar is living a blissful married life along with her husband. She is married to her longtime boyfriend, Sergio Ramos. The love birds had been dating for almost a decade before tying their wedding knot. Pilar and Sergio walked down their wedding aisle on June 15, 2019, at Seville Cathedral in Spain. 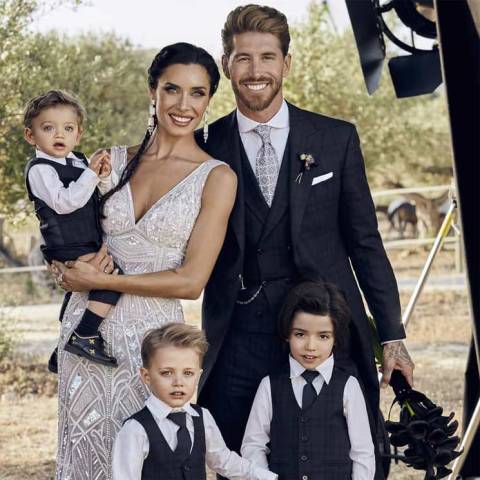 Sergio Ramos wanted to make the most out of the day and wanted his guest to enjoy the time. Ramos banned mobile phones at his wedding. He only allowed his club's president Florentino Perez to bring in the phone to his wedding.  The guests were treated to an exquisite reception at the groom’s residence called “Happiness of SR4” estate in Seville. The duo got engaged in July 2018.

Although Pilar tied her wedding knot with Ramos in 2019, The duo had three children before their wedding. In early 2014, Pilar opened about expecting a baby with Ramos. Their first son, Sergio Jr was born on May 6, 2014. Following the birth of Junior, Marco was born in November 2015. 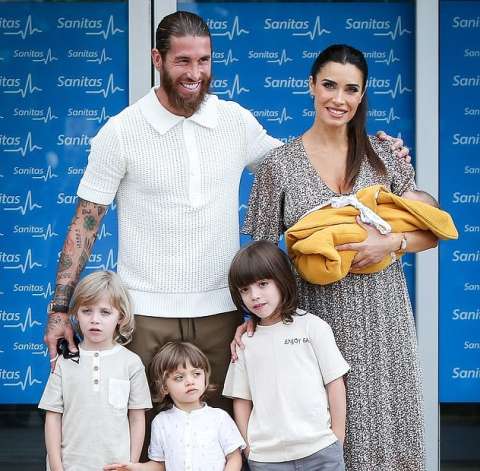 Pilar along with her four sons and husband SOURCE: Daily Mail

In March 2018, Pilar and Ramos were blessed with their third son, Alejandro. After the wedding ceremony, The pair welcomed their youngest son, Maximo Adriano. The family of six is living a happy and peaceful life. As both of them remain out of their house for numerous reasons, Their granny looks after them.

Pilar Rubio has an estimated net worth of $1 Million. She has accumulated most of her net worth through her successful career of working as a reporter and presenter. She started her career as a model and worked shifted towards the television. 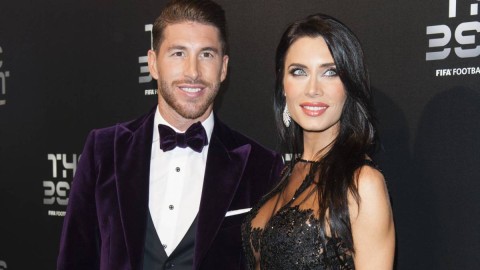 Sergio along with his wife attending The Best event SOURCE: Getty Images

Pilar's husband, Sergio Ramos has a net worth of more than $80 Million. He has an annual salary of $25 Million. He was signed by Real Madrid in 2004 for $27 Million making him one of the highest-paid defenders of the time. He is a central defender and also plays as a right back.