A Brazilian former professional footballer, Robert Carlos da Silva Rocha is widely known as Robert Carlos was an offensive left-back who played most of his career with Real Madrid. Additionally, he was also a member of the Brazilian National Team that won the World Cup in 2002.

The player is described as the “most offensive-minded left-back in the history of the game” as well as nicknamed El Hombre Bala which means “The Bullet Man”, due to his powerful bendings free kicks.

As of 2020, Carlos has an estimated net worth of around $40 million. He earned his wealth widely through his professional career as a football coach and former footballer. Reportedly, Roberto's highest market value in his playing career was around $33 million which is much lesser when compared to the trend of modern football for the player with such skills and ability.

Additionally, exploring his social account, the lifestyle he has been living suggests that he has collected a massive fortune from his professional career. Furthermore, he is spotted enjoying the vacation in some of the exotic places around the globe along with his family.

His main source of income is football. Apart from football he is also linked with several sponsors and endorsing brands.

Roberto Carlos posing with his family along with his cars
SOURCE: Instagram

He had an endorsement with Pepsi in 2002 and with American sportswear company Nike in 1998, which added some good amount to his wealth. He owns some very expensive cars including Bugatti Veyron, Ferrari, Chevrolet, and many more.

Is the former Brazilian International Married?

Robert Carlos tied the knot with Mariana Luccon on 13th June 2009. Carlos welcomed his 9th child; second with his current wife Luccon in July 2017 named Marina. His first child with Luccon; named Manuela was born in 2009.

He was previously married to Alexandra Pinheiro. They first met in the field 'merengue' as her father was the vice president of the Real Madrid Team and Carlos was the player on the same team. They soon started dating but later separated for an undisclosed reason.

He has 3 children with his first wife- Roberta, Giovanna, and Roberto Carlos Jr. Roberto Carlos Jr is an adopted one. He has four more sons named Carlos Eduardo, Christopher, Junior and Luca from other relationships.

In August 2005, Carlos got Spanish citizenship but has maintained his Brazilian nationality.

At the age of 44, Carlos became the proud grandfather after his second daughter Giovanna gave birth to a son Pedro at the age of 20. He expressed his extreme joy by sharing a picture of his grandson on Instagram in which he had captioned "Congratulations to my daughter @pinheirosgi on the birth of my grandson #PEDRO. May you be healthy, my daughter, and may God bless you and your beautiful child".

Carlos has made his appearance in a commercial for various renowned brands including Nike and Pepsi. In the year 2016, he launched Ginga Scout, a software that connects players with coaches across the globe.

Roberto Carlos was born on 10th April 1973, in Garca, Sao Paulo, Brazil. He was raised alongside his sibling Cristiane Da Silva Rocha by his parents: father, Oscar da Silva, and mother, Vera Lucia da Silva. His parent worked on a coffee plantation. He believes in Catholicism.

Carlos' birth sign is Aries. Looking forward to his nationality, he is a Brazilian.

Since his childhood, Carlos had a keen interest in football and used to play whenever he had time but due to his family's poor economic condition, he began working at the age of 12 in a textile factory named Torsao Cardeiro.

Roberto Carlos started off his football career with Uniao Sao Joao in 1991. The following year he was loaned to Atletico Mineiro where he appeared in 3 league games. From 1993-1995, he played for Palmeiras, appearing in 44 leagues game, and scored a total of 3 goals for the club.

For 1995-96 seasons, the player played for Italian club Inter Milan. 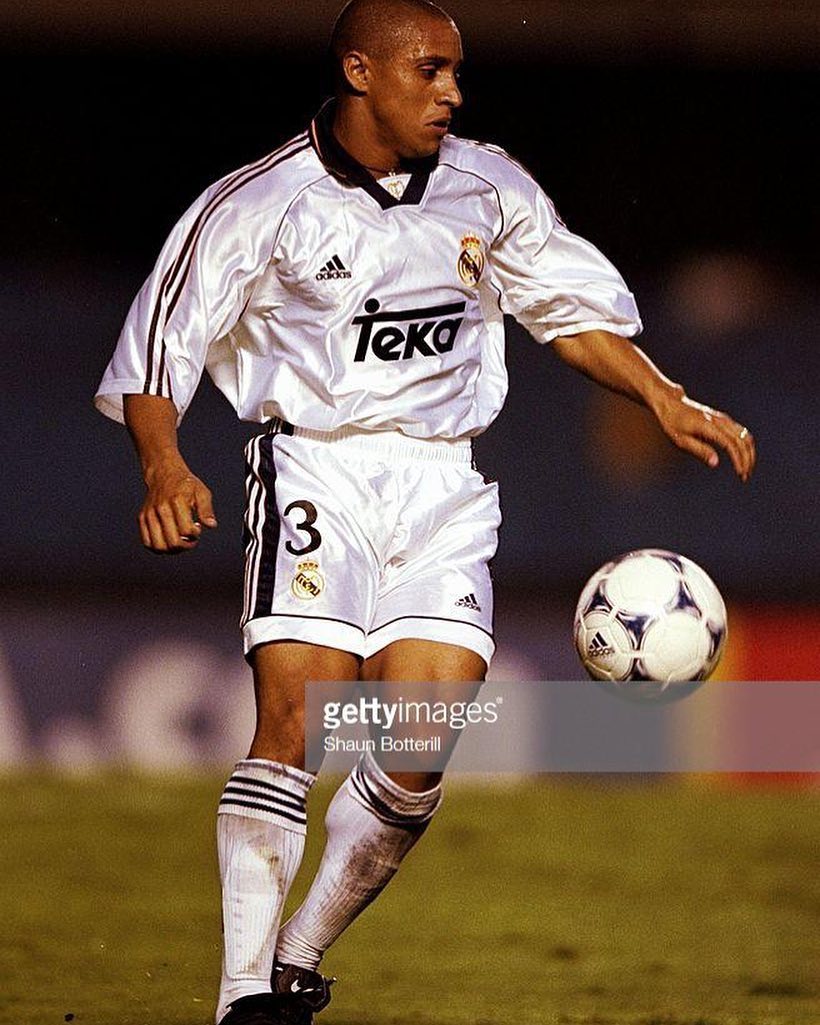 He assisted in Zinedine Zidane's goal in 2002 in the CL final which is considered one of the greatest goals in Champions League history.

On 19th June 2007, Carlos joined Fenerbahce, signing the two-year contract along with one year optional. He made his team debut at the club’s home ground, the Sukru Saracoglu Stadium, in the presence of thousands of fans.

After 15 years Carlos returned to his nation in the year 2010 to play for Corinthians. On 4th June 2010, he led his team to the top of the Campeonato Brasileiro Serie A table by scoring a goal against Internacional.

Carlos began the 2011 season with an impressive goal directly from a corner kick against Portuguesa. He left the club after playing 35 games.

On 12th February 2011, Carlos moved to Anzhi Makhachkala, signing a 2 and half-year contract for a fee of 10 million Euro. For the club, he played in 25 leagues scoring 4 goals.

In 2015, Carlos joined Delhi Dynamos, an Indian professional football club from Delhi as a player/coach. He played 3 matches for the team.

In the year 1992, Roberto Carlos joined the national team of Brazil. For his national team, Carlos amassed total of 125 caps, scoring 11 goals. He represented his nation, Brazil at the 1996 Olympic games, the 1997 FIFA Confederation Cup, 4 Copa America tournament, and very notable at 3 FIFA World Cups. He was also a member of the team that played finals in 1998 and won the World Cup in 2002. The team also included the likes of Ronaldinho, Ronaldo, etc.

Roberto Carlos began his coaching career with Anzhi Makhachkala in early 2012, signing his first-ever professional contract as a football coach.

Then, for 2013-14 seasons he was appointed by Sivasspor. On 21st December 2014, Carlos departs from the club following a defeat to Istanbul. On 5th July 2015, Carlos signed to be the head coach of Delhi Dynamos for the 2015 seasons.