Philip Lindsay is a professional football running back for the Denver Broncos of the National Football League (NFL). Further, Philip has been honored with awards like Pro Bown (2018) and PFWA All-Rookie Team (2018). He also used to play college football when he was a Uni student.

Phillip Lindsay who is projected to be the #24 RB the Rest of the 2019 Season, has an estimated net worth of almost $500,000. His 150 projected fantasy points puts him at #24 behind Damien Williams and ahead of Kenyan Drake.

Phillip Lindsay, 25, is still unmarried and possibly single at the moment. Besides, he also hasn't spoken about his personal life in front of the public and the media. Apart from that, he is also not involved in any kinds of rumors or controversy.

Furthermore, we don't have any of his past dating records. It seems that the player has a clear past background and is focusing more on his career. 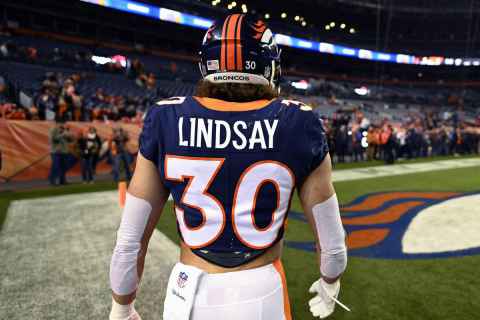 The  25-year-old Phillip is close to his parents and still lives with them in Denver in his parent's basement. Since he was 4 he is living in Denver.

Apart from that, he is often seen hanging out with his fellow teammates mostly with Derek Wolfe, who is his teammate from Denver.

Phillip Lindsay stands at an average height of 5 feet and 8 inches tall. Moreover, he has a well-maintained healthy body that weighs about 86 kg.

Phillip Lindsay Net Worth and Earnings

Apart from that, we don't have any records of his properties and assets. We will update the information as soon as the news hit the market.

Phillip Lindsay was born on July 24, 1994, in Denver, Colorado. He completed his high school from South Denver High School and for his further education, he enrolled himself in the University of Colorado Boulder. 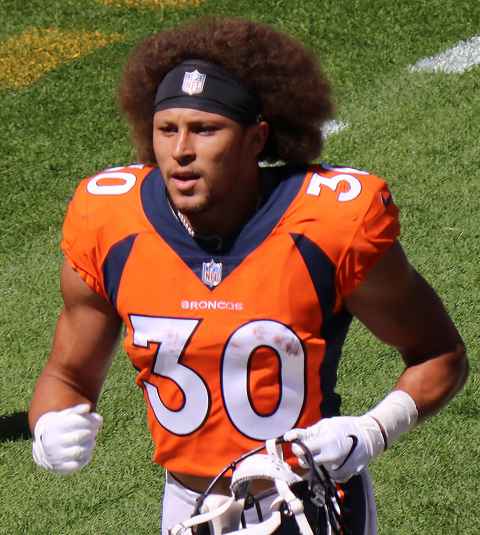 While most of the information about his family background is yet to be disclosed, he holds American nationality and is of white ethnicity. Further, he is a strict follower of Christianity. His father's name is Troy, who is also a former professional running back.

Phillip Lindsay started his professional career from college. He was elected to wear the same jersey number as his father, 22 at South High School. Laying for the Rebels, he chased the Denver Public School District record for rushing yards (4,400), which was set by his father in 1979.

Lindsay signed with the Denver Broncos as a free agent on 1 May 2018. After an impressive preseason, he made the Broncos ' final roster and was named the third run back on the depth chart behind Royce Freeman and Devontae Booker.

In Week 1, against the Seattle Seahawks, he ran for 71 yards on 15 hauls and registered two receptions for 31 yards and a receptive touchdown. The captain of Seattle is Russell Wilson and he was also the captain at that match.