Derek Wolfe is a professional football player originally from America. He plays in the position of a football defensive end for the Denver Broncos of the National Football League (NFL). Besides he also played college football when he was a college student.

Besides, this 36th pick of 2012 NFL draft, Derek, is currently married to his fiance, Abigail Burros. The couple dated for a while before getting married. The duo got engaged in the summer of 2017.

Derek Wolfe Net Worth in 2019; What is his annual salary?

Besides, the player has also been fined for violating some rules of the game. On February 11, 2018, he was fined for playing rough unnecessary against Kansas City. The captain of Kansas, Alex Smith reported he was finned with $10,026. Prior to that, he was fined $389,813 on July 24, 2015, for using the performance-enhancing drug. On the total, he has been fined nearly $400,000.

Derek Wolfe Personal Life; Know about his Fiance who became his Wife

Derek Wolfe is currently married to his long-time girlfriend, Abigail Burros. The duo got engaged on May 20, 2016. Prior to that, Derek announced his engagement via his Instagram in early May of 2016.

Later, on 26, February 2017, the love birds exchanged marital vows with each other in the presence of both couple's family. 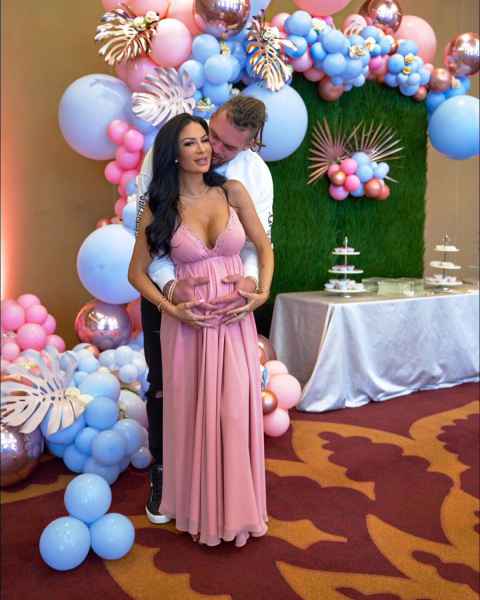 Although this is Derek's first marriage, his wife has a different story. Abigail has a 12-years-old daughter, Tatum from her previous relationship who Derek treats as his own child. It is not yet known if Derek's wife was married previously.

Derek has also been kind enough to keep it as a secret in front of the public and media. 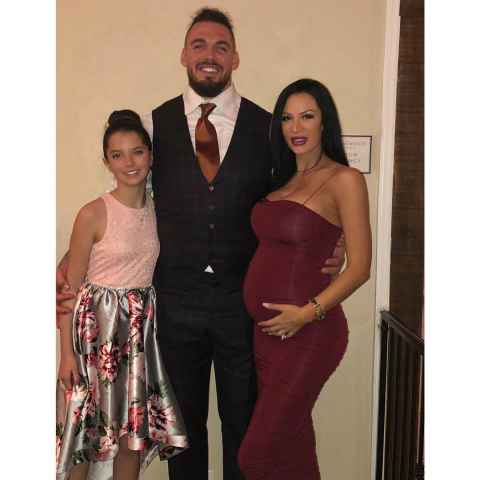 Derek Wolfe with his Wife and Daughters SOURCE: Instagram

Besides, in 2018, Derek announced his wife is pregnant with his daughter. Later, the couple had their first child Roxanna Simone Wolfe on July 6, 2019.

Derek Wolfe was born on February 24, 1990, in Lisbon, Ohio. Besides, he was born to American parents. As a child, he suffered a lot of domestic violence. His mother was an alcoholic.

After the divorce of his parents, he lived with his stepfather. Unfortunately, there is no further information about his family background. 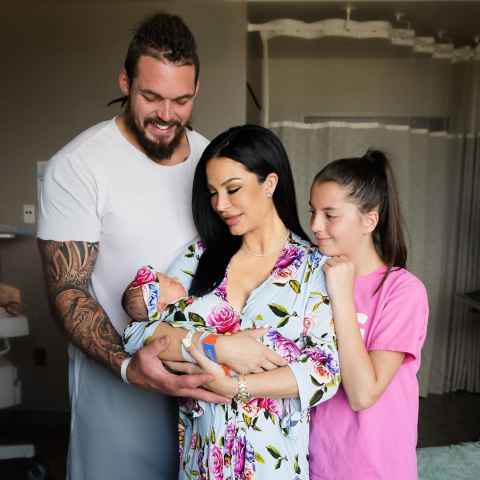 Derek Wolfe played from 2008 to 2011 at Cincinnati and he accumulated 162 total tackles, 37 tackles for loss, and 19.5 sacks during his tenure. Besides, he was also named as Co-Big East Defensive Player of the year as a senior.

In his first NFL game in the regular season against the Pittsburgh Steelers, Wolfe came out with 3 tackles and a sack for a loss of 9 yards.

Wolfe finished his rookie season with 40 tackles, six sacks, and two passes defended. His six sacks was third-most on the team, behind Von Miller and Elvis Dumervil.