Pete Dunne is an English professional wrestler currently assigned to WWE's NXT. He is a former WWE United Kingdom Champion and an NXT Tag Team Champion alongside Matt Riddle with whom he also won the 2020 Dusty Rhodes Tag Team Classic.

Dunne was born on November 9, 1993, in West Midlands, England. He had his debut match at the age of 12. He has since worked extensively across the global independent circuit in promotions.

Dunne signed with WWE in 2016 and then became a part of NXT. He made his debut on 22 February 2017 in a winning effort against Mark Andrews. He defeated Tyler Bate at NXT TakeOver: Chicago to win the title for the first time in a highly acclaimed match. He made his main roster debut on the 6 November 2017, episode of Raw where he defeated then WWE Cruiserweight Champion Enzo Amore. He then again defeated Bate and Roderick Strong to defend his title on NXT. 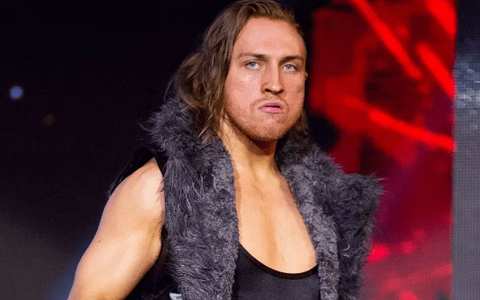 At the United Kingdom Championship Tournament event, Dune along with Bate and Trent Steven defeated the team consisting of Adam Cole, Bobby Fish, Kyle O'Reilly, and Roderick Strong - collectively known as the Undisputed Era. On the second night, he retained his title against UK Championship Tournament winner, Zack Gibson. On the 22 August episode of NXT, he once again defended his championship against Gibson. This made him the longest-reigning champion in WWE at (then) 456 days. In September 2018, he teamed up with Ricochet and the War Raiders to fight the Undisputed Era at NXT TakeOver: WarGames, where his team would pick up the victory.

Dune would retain the title from this match against Joe Coffey on January 12, 2019, at NXT UK TakeOver: Blackpool. Two weeks later, he appeared in the Royal Rumble match but was eliminated by Drew McIntyre. Dunne lost his UK Championship to Walter at NXT TakeOver: New York, ending his reign at 685 days. In July 2019, he fought against Damian Priest and Killian Dain in a Triple threat match to decide the #1 contender for the NXT Championship at Survivor Series. He won the match but lost at the Survivor Series to Cole.

On February 16, 2020, he and Riddle defeated Fish and O'Reilly at NXT TakeOver: Portland to win the NXT Tag Team Championship. He defended the title with Riddle against the same opponents on the 11th March 2020 episode of NXT. He returned on the NXT UK brand on October 15, 2020, partnering up with Ilja Dragunov to defeat NXT UK Champion Walter and Alexander Wolfe. In November 2020, Dunne was defeated by NXT Champion Finn Bálor at NXT TakeOver: Vengeance Day. He then defeated Kushida at NXT TakeOver: Stand & Deliver.

Prior to WWE, Dunne had won a total of 28 titles from competing in the tournaments like Destiny World Wrestling, Fight Club: Pro, Insane Championship Wrestling, Michinoku Pro Wrestling, Over The Top Wrestling, Pro Wrestling Guerrilla, Progress Wrestling, Revolution Pro Wrestling, and Westside Xtreme Wrestling. Since his introduction in WWE, the Birmingham-born wrestler has had victories on 24 occasions while he has faced defeats in eight events.

Sources are yet to assess Dunne's fortune from his wrestling career. While not as fancy as WWE's main roster, NXT stars are still assured of hundreds of thousands of dollars by the world's most lucrative wrestling franchise. NXT fighters, such as Dunne has been reported to receiving unique deals from the WWE verse. The assumption for most of the mid-card talents falls in the range of $150,000.

Given the time he's spent at the NXT, his contract could be worth anything but the five figures which are generally given to the starters and such. 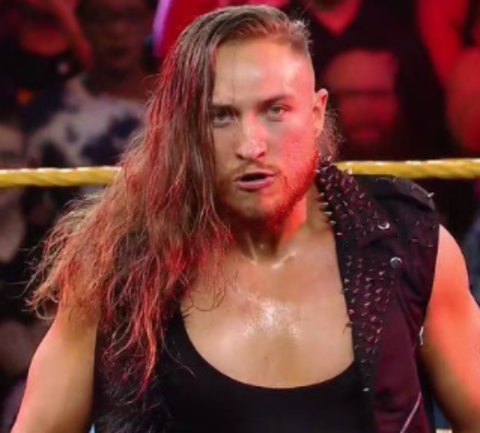 The black and yellow subsidiary has been known to add around $20million a year to WWE revenue. And wrestlers of such industry are sure to benefit at least in the region of $100,000. Another fact that deserves the mention is NXT stars don't need to cover their expenses, unlike the main roster's wrestlers.

With NXT now set to become a more mainstream product thanks to its recent TV deals, there's a good chance NXT wrestlers will have an added exposure to their salaries and this includes Dunne, too. Even if he's been averaging $80,000 a year at NXT since his pro debut in 2011, his net worth as of 2021 should very well be in the bracket of half a million or so.

Dunne is currently in a relationship with a woman who goes by an Insta name "demlaar" from Demi. She has been spotted with Dunne over the internet since June 2017. Dunne and Demi share a daughter, Emmi Rae, born, December 31, 2018. It has not been revealed if the pair are already married or just mommy and papa of their child. The family of three resides in Orlando Florida. 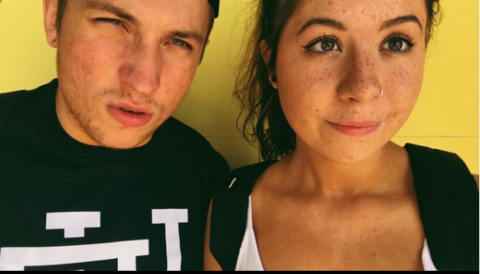 In 2017, Dunned admitted that he is a vegan. He said he'd always wanted to do this and has always loved animals. He added it was a Netflix documentary, Cowspiracy that led him to resort to an herbivorous diet.