Pedro Neto is a footballer by profession who currently plays for English club Wolverhampton Wanderers in EPL and represents Portugal in international football. He was a key player in the Lazio squad who won the 2019 Copa Italia by beating Atlanta in the final.

Pedro played for S.C. Braga from 2013 to 2017 where he became the youngest player in the club's history to score a goal. He is also the first-ever player born in the 2000s to represent the nation.

Pedro Lomba Neto was born on March 9, 2000 in Viana do Castelo, Portugal. His birth sign is Pisces and currently resides in England where he plays his professional football with Wolves.

As of August 2021, he plays for Wolverhampton Wanderers as a winger. He has a height of 5 feet 8 inches and weighs around 62kg.

His father Pedro Neto Senior is of Portuguese origin while his mother Cristina Lombo Neto is of Mozambican origin. 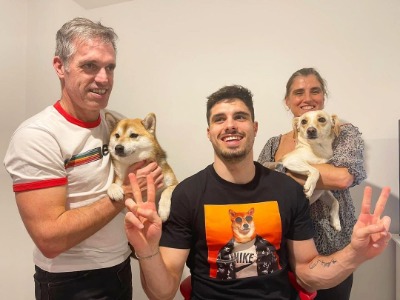 Neto grew up in Portugal with his sisters Debora Neto and Bruna Neto. Pedro has a deep connection with his tween sisters and often shares moments with them.

Pedro's uncle Sergio Lomba was also a footballer and the one who inspired him to play football. Sergio used to play as a defender for Mozambican.

Net Worth and Career Earnings of Neto

The Wolves winger Pedro Neto has an estimated net worth of 8.5 million euros. According to transfermarkt, Neto's market value is €35 million pounds.

Before, he used to play for Lazio who signed him for €11 million. Wolves signed the youngster from Lazio for a whooping sum of €17.90 million. Pedro Neto has also partnered with the Nike brand and he wears Nike Mercurial Vapor XIII Elite boot representing his sponsors. He also mentions Nike in his Instagram bio quite often and might be getting paid well.

Who is Pedro Neto dating?

Wolves winger Pedro Neto is not currently having a relationship with any girls. He has never mentioned his affairs or love life in the media. Neto is very active in social media but never shared photos with any sweethearts.

But he frequently shares photos with his parents showing love and respect towards them.

As f 2021, Pedro is just 21 years of age and seems more focusing on his career rather than spending time in love and relationships.

Or it may be that Pedro is just not showing his girlfriend in the media. He might be dating a beautiful girl and prefers his love life behind the camera.

Pedro joined S.C Braga's youth team in 2013 at the young age of 13. He made his professional debut with Braga in May 2017 against FC Porto B. In another match, he scored a goal against C.D.Nacional and became the youngest player to score in the club's history. 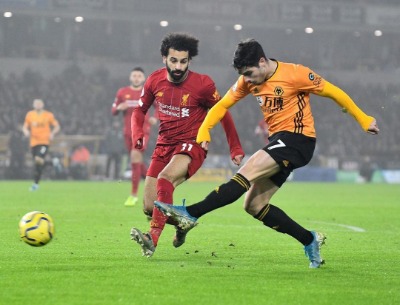 In 2017, Braga loaned him to Lazio where he won the Copa Italia in 2019 beating Atlanta by 2-0. That is his first silverware in his career and later joined Wolves. He has a contract with Wolves up to June 2025.