Moussa Diaby is a French professional football winger who is signed to the Bundesliga side Bayer Leverkusen. In August 2021, he received his first call to France senior squad but is yet to make an international debut.

Paris, France native, Moussa Diaby was born on 7th July 1999, under the star sign Cancer. The twenty-two years holds a French nationality and is of African ethnic background. He stands 1.70 m (5 ft 7 in) tall.

How Much Is Moussa Diaby's Net Worth In 2021? Salary

Moussa Diaby is a married man and shares a son with his wife who goes by the IG name hawa.dkt. She is a blogger. Both often share their family picture via their respective IG but have blurred their son's face. 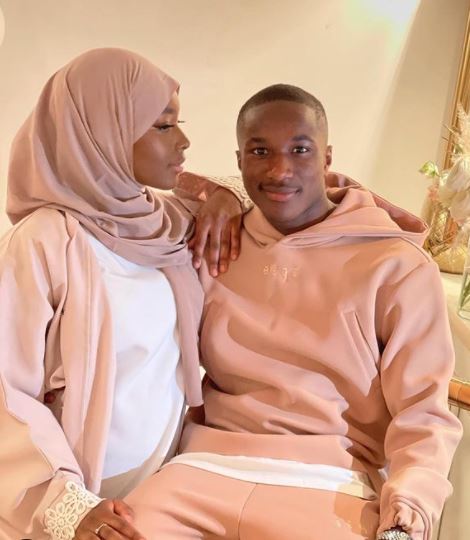 Besides, there is not much information about Diaby's wife or their love story.

For the second half of the 2017–18 Serie A season, he was loaned to F.C. Crotone. on 14 April 2018, He made his professional debut in a Serie A match against Genoa. He played only two matches and then returned to his parent's club, PSG. Overall, he played 25 matches and scored two goals.

On 14 June 2019, Diaby was signed by Bayer Leverkusen agreeing on a five-year deal. On 23rd November 2019, he scored his first Bundesliga goal for Leverkusen in his first competitive start in a 1-1 draw against SC Freiburg. To date, he has played 62 games with 11 goals.