News Paulo Dybala Not included in the Starting Line Up; Seven Interesting Facts about Dybala

Paulo Dybala Not included in the Starting Line Up; Seven Interesting Facts about Dybala

Argentina is set to play against the World Cup debutant Iceland in the Group D match on June 16. Despite the early statements by Argentine coach Jorge Sampaoli, Paulo Dybala was included into the 23-man squad.

On a press conference one day ahead of the match, Sampaoli revealed that Dybala is not yet fit to play with Messi. He said:

We will show that Argentina is still a world football superpower. We have worked to make Dybala and Messi compatible and Paulo has improved a lot from this point of view. I still have to wait before playing them together, the right time has not yet come.

He has preferred to start Sergio Aguero and Angel Di Maria on the attack line leaving Dybala and other Juve star Gonzalo Higuain on the bench.

Here are the seven Interesting Facts about Paulo Dybala

1. He has many Nicknames

Paulo Dybala's nickname is Joya which is the Spanish word for joy. In addition, he is also called Square R2 by his former Juve teammate Paul Pogba. 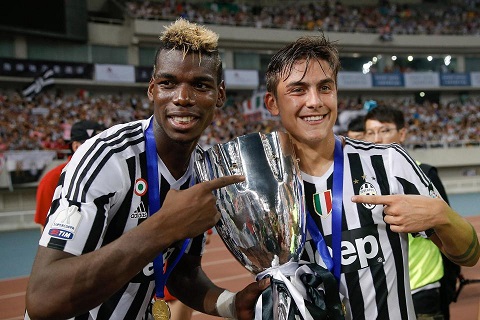 "I call Dybala 'Square R2. That’s the combination you press on PlayStation to do a turn and shot. He always scores like that.", Pogba said.

2. He is Eligible to play for Italy and Poland too

His grandfather was a Pole and later settled to Argentina. He is eligible to play for Polish team from his grandfather.

Surprisingly, he had no bars to represent Italy as his maternal grandmother was an Italian. Italian coach Antonio Conte tried to convince him but he instead decided to play for the South Americans. He said:

I was asked to play for Italy when I was 19. It was a huge honor but I had to decline the offer because I’m Argentinian it would have been like cheating to me.

3. All his Goals are Dedicated to his Father

Dybala's father Adolfo is no more alive. He passed away after being diagnosed with intestinal cancer in 2008. He left playing football for 6 months after his death while at Instituto in Cordoba but he could not forget him even in that long period. 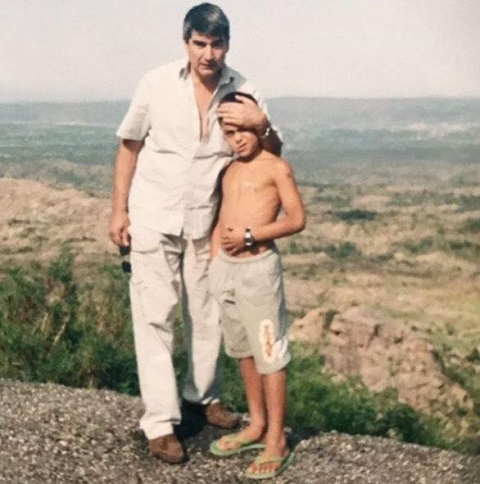 CAPTION: Dybala with his Father SOURCE: The Sun

His death was an incredible pain for me. In the months leading up to his death, he could no longer come and see me… so the team let me go back home for a while to stay with him.

But six months were not enough for me and I almost quit football. I always think about him and dedicate all my goals to him.

Have you seen the celebration of Dybala after scoring goals in Juve's match? Then you might be familiar with his signature gesture-lacing his thumb and forefinger across his face. 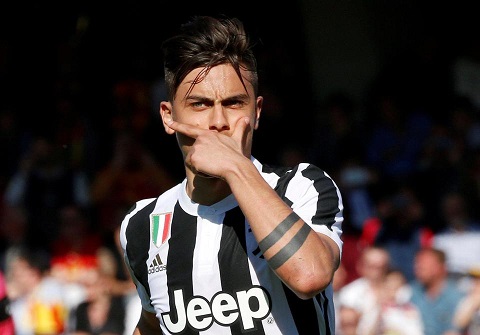 The Dybalamask, mask of Gladiator, That is what he explains.

He thinks he needs to be stronger like a superhero when he struggles in the field. He revealed that he has seen the Gladiator movie more than 30 times and the mask is from the same movie.

Dybala's favorite t-shirt number was 9 while playing for Instituto and then at Palermo. The number was already owned by another player Alvaro Morata. The same time, Juve legend Pirlo left the team and his no. 21 t-shirt was available.

So, Dybala decided to take his role with the desire of having a test with Pirlo's weight.

"It was a test because I wanted to test myself against the weight of a number that represents so many things here.", Dybala said.

He has a kind of hoarding habit. He ha collected about 300 jerseys received from the opponents he played against. The collection is collective of that in Italy and Spain. However, he is still sort of his childhood idol, Ronaldinho.

The one player’s shirt that I would still love to have is Ronaldinho’s. One day Gennaro Gattuso promised me that he was going to call him to ask him for a shirt for me because he’d played with him, but it didn’t happen.

7. Has an Interesting Routine to Improve his Weak Foot

Dybala is an awesome left-footed player. He is also following a daily routine to strengthen his weak foot. He tries to write every day not with the right hand but with the foot to improve weak foot.

So I take a pen every day and I try to write, but with my right foot. I put the pent between my big toe and the little one. I work like a crazy person to have more sensitivity and ability. Not just that, I also train with my eyes - to see further, in different directions, to anticipate my opponents and see trajectories.