2013 TUNDRA Super Late Model Series Rookie of the Year, Paige Decker is an American professional stock car racing driver. Additionally, she is famous for participating in the NASCAR Camping World Truck Series and Xfinity Series. Also, she was the NASCAR Drive for Diversity participant in 2014.

The University of Wisconsin Alumni, Paige Decker was born on March 20, 1993, in Eagle River, Wisconsin. Additionally, Paige holds an American nationality and belongs to the ethnic group of white. Further, Paige was born under the star sign, Pisces.

2014 NASCAR Drive for Diversity driver, Paige has accumulated a mouth-watering net worth over $2 million. Also, the American cart racer is expected to earn between $200,000 and $500,000 as a salary.

However, the younger racer is paid lesser around $50,000. Apart from the base salary, the racers are expected to earn additional cash, either a percentage of their prize money or a performance bonus. 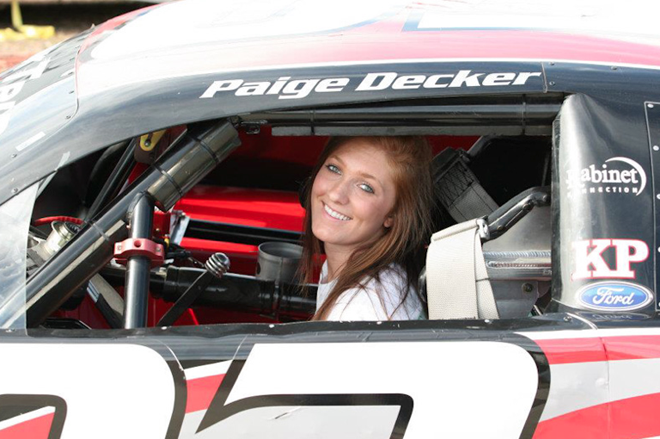 In addition to this, she is also expected to earn extra money via endorsement deals and sponsorship. However, the detailed information about it is not in the media yet.

2014 NASCAR Drive for Diversity participant, Paige belongs to the family of racing background. Her father Allen Decker is a former snowmobile racing rider. Additionally, her father along with his four brothers raced snowmobiles in the 1970s. Almost every member of the Decker family is involved in racing. They raced snowmobiles in the 1970s against the family Danica Patrick, a former professional racing driver. 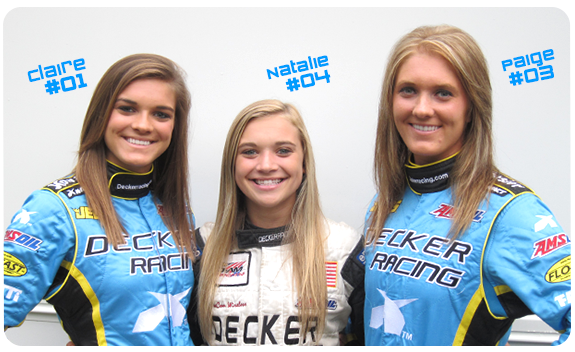 The 26 years old Stock car racer, Paige is currently enjoying the single life. Also, the rumors about her past relationship or affairs are not in the media yet. However, it might be the case that she has maintained a low profiled personal life compared to her professional career.

Paige was a kneen racer from her early age and reportedly, she was already into racing when she was just 3 years old. At the age of 9, her father brought her a Kart which was the gateway for Paige to become a professional racer.

In the beginning, she raced in asphalt short tracks in Wisconsin and later raced at other tracks in the Midwestern United States. At the age of 17, she also took part in the Mid-American Stock Car Series. In 2013, she joined TUNDRA Super Late Model Tour.

The American cart racer, Paige was named as a NASCAR Drive for Diversity driver in 2014. In her entire career, she competed at the Hickory Motor Speedway, Langley Speedway, and Motor Mile Speedway.

Paige appeared in her first-ever race in the NASCAR Camping World Truck Series to drive the # 74 Chevrolet for owner/driver Mike Harmon, but she was one of four teams that did not qualify. Having the goal to race in the Xfinity Series, Paige currently has certification to run short tracks in the Truck Series.

For More Updates, Stay with Playerwiki.com