Mason Jones is an American college basketball player who represents the Arkansas Razorbacks of the Southeastern Conference (SEC). Intially, he enrolled at Connors State College, and after freshman, he transferred. For now, he declared for the 2020 NBA draft but yet to sign with an agent.

DeSoto, Texas native, Mason Jones, was born on July 21, 1998, under the star sign Cancer. Further, he holds an American nationality and belongs to the Afro-American ethnic background.

Which Pick Is Mason Jones Projected To Go In The 2020 NBA Draft?

No. 15 – Arkansas Razorbacks' shooting guard Mason Jones has declared for the upcoming NBA Draft, according to a post to his Twitter account. 3rd June 2020 is marked as the deadline for underclassmen to return to school after going through the draft process to have one season of eligibility remaining in college.

As reported by the 2020 mock drafts from The Athletic and ESPN, Jones is not considered a candidate to be picked in this year's draft. However, ESPN rated him the No. 14 draft-eligible shooting guard.

CBS Sports has ranked him 65th ahead of Kaleb Wesson (70) and Paul Eboua (71) in the 2020 NBA Draft Prospect. Now talking about the salary, if Jones is lucky enough to go pick in the draft, he will have millions of dollars as salary. As reported, the 2nd round late draftee the three years contract worth $4,198,912, earning annually $1,399,637.

Twenty-one years old shooting guard, Mason Jones is neither married nor in a relationship. The hunk is believed to be single presently. Or maybe he has maintained a low key personal life letting nothing to known by the public. 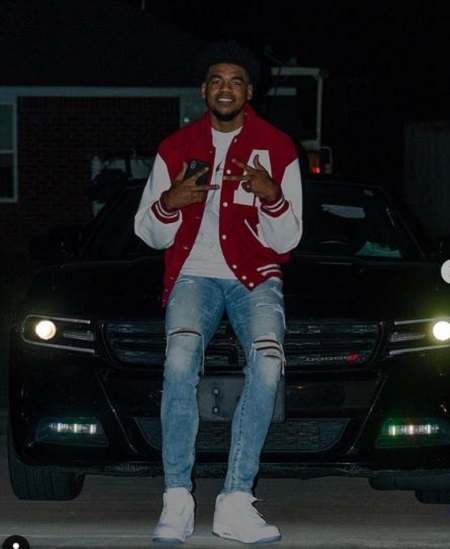 Mason Jones is the son of Mark and Arolynn Jones. Further, he grew up four siblings: brothers: Jordan, Matt and Alex, and sister Jordan. Among three brothers, Matt played on Duke's 2015 national championship team and has played professionally in the NBA G League and overseas. Further, sister, Jordan, was a standout at Texas A&M.

A matter of fact, Mason did not play basketball until his senior year of high school at Triple-A Academy. Also, he played at Link Year Prep in Branson, Missouri for a postgraduate year.

After that, he finished his freshman season playing for the Connors State College, and later he committed to transfer to Arkansas. Along with basketball, he is also majoring in communications at university.