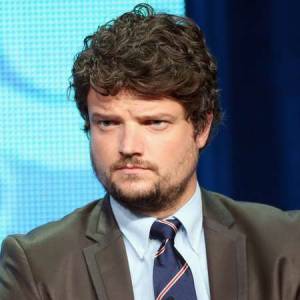 Matt Jones is an American football player playing the position of running back. He is currently not signed with any NFL team and is a free agent. During his collegiate years, he played for the University of Florida.

He was drafted in the NFL 2015 draft and was picked in the third round by the Washington Redskins. Since then, he has played for Indianapolis Colts as well as Philadelphia Eagles.

Matt Jones was born on March 7, 1993, in Tampa, Florida. He played football in his high school football team of Armwood High School. His contribution to the team helped them to win the FHSAA Class 6A championship and also reach the no.2 national ranking as well. He was given an Honorable Mention All-State honors.

Matt Jones attended the University of Florida for higher studies and played college football for the university. He made 12 appearances as a true freshman in 2012. He suffered from a torn meniscus in his sophomore years and could only appear for five games. He made a return for a junior season in 2014 and ended the season in 817 rushing yards and six rushing touchdowns.

Matt Jones name was drafted in the 2015 NFL draft. He was 95th overall pick overall and was selected by the Washington Redskins. He signed a four-year contract with the team on May 11, 2015. During his first rookie season, he ended the season with 144 carries for 490 rushing yards and three rushing touchdowns. He had earned a regular position in the team until he was replaced by rookie Robert Kelley on October 23, 2016, following an injury.

With the replacement, Matt Jones was sidelined with Robert taking his position as a regular alongside members like Pierre Garcon and Alfred Morris. He was sent from a regular to the third-string behind Chris Thompson. He was waived by the Redskins on September 2, 2017.

Also Read: NFL Football Quarterback RG3 Net worth from His Football Career, Details of His Trades

Matt Jones waivers were picked by the Indianapolis Colts on September 3, 2017. he was promoted to the active roster on September 2017 but ended the season with only 14 yards in five games. He was waived by the Colts on May 1, 2018. He was picked by the Philadelphia Eagles on May 9, 2018, and signed a two-year contract with the Eagles. However, his stay at the team was only short-term and he was released by the team on September 1, 2018.

Matt Jones is in a relationship at present time but the name of his partner is yet to be known. He and his girlfriend have been together since high school and have two daughters together. His eldest daughter's name is Aniya Jones It is not known if the two are husband and spouse or not. Details of how his affair with his girlfriend started and if he is married or not is also unknown.

Matt Jones net worth as of 2018 is not known. Over the past 3 seasons, he is reported to have made an earning of $2.19 million and last year made $145 thousand as an annual salary. At present, he is not signed with any team and does not have any other known source of income.